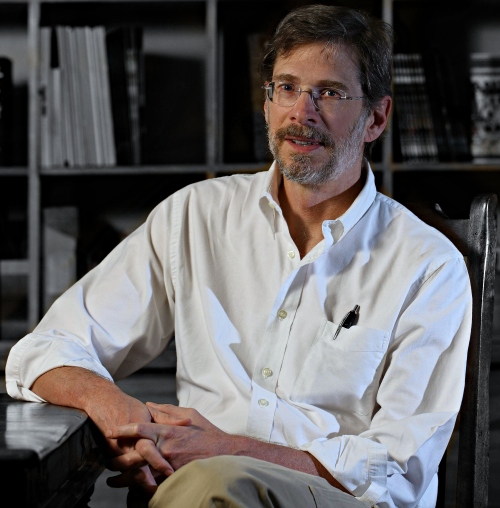 CGIAR is a global research partnership for a food-secure future. It conducts agricultural research to reduce world poverty, hunger and environmental degradation.  The 15 research centres of CGIAR are working to meet the estimated 20% rise in food demand over the next 15 years, especially in Africa and East and South Asia, and to do so in sustainable as well as equitable ways.

Last Sep (2016), CGIAR announced approval of a new research portfolio to boost farmer incomes, food and resilience in low-income countries. A strong set of 11 CGIAR Research Programs (CRPs) and 3 CGIAR Research Platforms will start in Jan 2017. An Independent Science and Partnership Council of CGIAR assessed the research proposals submitted for their relevance to reducing poverty, hunger and environmental degradation in Africa, Asia and Latin America.

One of the programs approved to start operations next year is a six-year  CGIAR Research Program on Livestock Agri-food Systems. This new multi-disciplinary and multi-centre program will build on the CGIAR Research Program on Livestock and Fish, which is ending its fifth year of operations at the end of this year. Tom Randolph, who has led the Livestock and Fish CRP for the last five years, has been appointed director of the Livestock CRP.

An American from upstate New York, Randolph received an undergraduate degree in Chinese studies in 1976, after which he spent six years teaching English in Zaire with the Peace Corps. On his return to the United States, Randolph pursued an MSc and PhD in agricultural economics from Cornell University. His doctoral dissertation was based on field work he conducted in Malawi with the Harvard Institute for International Development, looking at the impact of agricultural commercialization on child nutrition in smallholder households. His thesis earned the American Agricultural Economics Association’s Outstanding PhD Dissertation Award. He subsequently joined the West African Rice Development Association (WARDA, now Africa Rice Center), in Senegal, as a Rockefeller-funded post-doctoral social science fellow (affectionately known as ‘Rocky Docs’), later becoming WARDA’s policy economist and policy support program leader at the centre’s Côte d’Ivoire headquarters.

Randolph joined ILRI 18 years ago, in 1998. Before his appointment in 2011 as director of the CGIAR Research Program on Livestock and Fish, he led an ILRI team conducting research on smallholder competitiveness in changing markets. His other research interests and contributions at ILRI were varied, including studies at the interface of animal and human health and assessments of the impacts of agricultural problems and the research conducted to address them, including evaluations of the impacts of tick and tick-borne diseases, animal health delivery systems, ILRI’s East Coast fever vaccine development research, the contributions economics and epidemiology can make to animal disease control and the control of bird flu in sub-Saharan Africa.

One of the projects Randolph led at ILRI helped to reduce parasite resistance to drugs used to control trypanosomosis (animal sleeping sickness) in the cotton belt of West Africa. This project established a clear picture of the distribution of potential resistance across a zone from eastern Guinea to western Burkina Faso, highlighting the importance of tsetse ecology, farming systems, accessibility to veterinary services and pharmaceutical products, and cattle breed in influencing drug use and misuse. Under Randolph’s leadership, this project evolved from a primary focus on the biological issue to a holistic understanding of the complex epidemiological and socioeconomic factors at farm, local, national and regional levels that influence the problem and determine the ability to address it. He also led an ILRI assessment of the relations between dairy intensification, gender and child nutrition among smallholder farmers in the Rift Valley Province of Kenya to help determine the pathways between dairy intensification and child nutrition.

Randolph is passionate about innovating ways to make agricultural science make a bigger difference in reducing absolute poverty in low-income countries. He focuses on what he calls ‘the missing middle’ in research-to-development—that is, what’s likely to help turn a product of agriculture-for-development research into an intervention adopted widely by small-scale food producers and related workers. Unusual for researchers of any kind, he keeps his eye equally on development impacts and scientific strengths. He’s committed to demonstrating how livestock research can lead to ‘smart’ development—that is, he’s committed to making livestock research both relevant to, and urgent about, translating good science into practical options for the poor.

The five-year Livestock and Fish program ending this year has worked to help poor people in developing countries, and women and children in particular, to transform their health, livelihoods and prospects in two main ways: first, by ensuring that they have sufficient, if very modest, amounts of meat, milk and fish in their diets to lead healthy and productive lives, and, second, by helping them to enhance their incomes and livelihoods through improved activities all along the livestock value chains, from farm production of livestock and fish through processing, marketing and consumption of livestock and fish foods. While working with partners to translate research- and livestock-based interventions into development benefits, the program has also conducted long-term research in support of the sustainable growth of smallholder livestock value chains.

The Livestock and Fish CRP set out to test the hypothesis that increased access to animal-source foods by the poor, especially women and children, can be achieved at scale by strengthening carefully selected meat, milk and fish value chains in which the poor can capture a significant share of the benefits.

Among the specific livestock value chains that this program has worked to enhance are: small ruminants in Ethiopia, pigs in Uganda, dual-purpose cattle in Nicaragua, aquaculture in Bangladesh and dairy in Tanzania. Among the topics it addressed are: exploiting ‘climate-smart’ Brachiaria grasses; moving from ‘dual-purpose’ to ‘full-purpose’ crops, which feed people, livestock and soils; tools (FEAST, SoFT, TechFit) to help livestock keepers source better feeds for their animal stock; improved control of African swine fever (in pigs) and East Coast fever (in cattle); continued genetic refinement of improved strains of tilapia fish, (called GIFT); and initiation of community-based sheep and goat breeding programs in Ethiopia.

The new Livestock CRP is seizing the opportunity presented by the rapid increase in demand for animal-source food in developing countries. The current suppliers of these foods are mostly millions of smallholder farmers, pastoralists and agro-pastoralists, together with the value chain actors who trade, process and deliver products to consumers. The program will provide research-based solutions leading to sustainable, resilient livelihoods and to productive small-scale enterprises that will help feed future generations.

Randolph will remain based at ILRI’s Nairobi, Kenya, headquarters as he directs the new multi-country and multi-institutional CGIAR Research Program on Livestock Agri-food Systems.