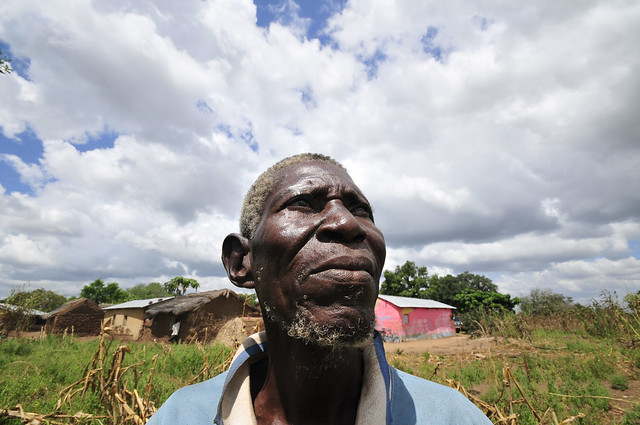 The following extracts are from an opinion piece published today and written by Timothy Searchinger and Philip Thornton.

‘Africa could be on the brink of an agricultural revolution. Political commitment to the sector is thankfully gaining momentum as an effective route to bring African populations out of hunger and poverty.

‘But there is also talk that the region’s potential croplands should feed the rest of the world as well, in addition to providing vast quantities of biofuels. However, a new scientific paper released this week suggests African countries should cast global requests aside and instead focus on staple crop production to feed the continent first.

‘The alternative claim has been that Africa has hundreds of millions of hectares of relatively untouched woody savannahs and wetlands across more than 20 countries known as the Guinea Savannah could be used to produce crops. Many argued that cultivating these areas should be viewed as environmentally low cost because they do not qualify as “forests”.

‘Even if many of these lands are less valuable than dense forests, they may still be valuable in their own right, particularly relative to the food or energy they could potentially produce. Our paper finds the carbon and wildlife costs of converting wet savannahs are much higher than previously thought. . . .

‘Impacts on animal life would also be substantial. Even though they are not forests, land in the tropics that retains moisture is likely to have much higher biodiversity than elsewhere in the world. . . .

‘These environmental values do not mean that African countries should never clear another hectare. Given the chronic malnutrition levels that persist on the continent and high population growth projections, we recognise that some expansion into these as yet uncultivated lands is going to be necessary. However, the challenge of feeding Africa’s growing population is often underestimated — reinforcing the fact that any new land use should focus on feeding populations within the region, rather than on producing for export. . . .

‘In fact, even if Africa’s yields grow vigorously by 2050, the continent is probably going to have to clear tens of millions of hectares of land to feed a much larger population. . . .

Within Africa, government policy should focus as much as possible on boosting yields on existing cropland. Where some cropland expansion is necessary, the task should be to find land that will produce relatively high yields at relatively low environmental cost, and should focus on serving Africa’s regional food needs first.

There is a great need for scientists to map these lands carefully at a much finer level of detail than our project could undertake. Governments could then guide conversion only of those lands with the most appropriate trade-offs.

Africa’s agriculture has  great potential, and its development will be a necessity in order to feed growing populations. But we should dispel the myth that Africa’s land is available to fill global rather than local needs.

Read the whole opinion piece by Timothy Searchinger and Philip Thornton in This Is Africa, an online publication of the Financial Times (UK): Dispelling the ‘breadbasket’ myth about African agriculture, 17 Mar 2015.

Timothy Searchinger is a research scholar at Princeton University and Philip Thornton is leader of a Policies and Institutions flagship program of the CGIAR Research Program on Climate Change, Agriculture and Food Security (CCAFS) and a senior researcher with the International Livestock Research Institute (ILRI).