The following are highlights of a new CGIAR paper advancing ways to make agricultural science make a bigger difference to development outcomes. We describe a theory-of-change approach to an agricultural research for development program. END_OF_DOCUMENT_TOKEN_TO_BE_REPLACED

Mario Herrero, chief research scientist for Food Systems and the Environment at the Commonwealth Scientific and Industrial Research Organisation (CSIRO), in Australia, and colleagues have published a paper in Nature Climate Change on Greenhouse gas mitigation potentials in the livestock sector. END_OF_DOCUMENT_TOKEN_TO_BE_REPLACED

We are unaware of any comprehensive studies undertaken in sub-Saharan Africa to explore how mixed farms will be affected by climate change and the cost and benefits of different adaptation options. Underestimating the importance of livestock in the mixed’ smallholder farming systems that are ubiquitous across the developing world weakens both emissions reduction and climate change adaptation efforts. END_OF_DOCUMENT_TOKEN_TO_BE_REPLACED 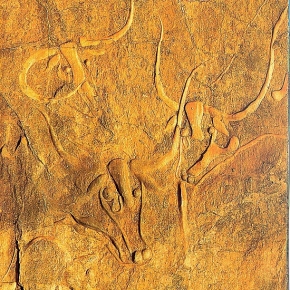 A new working paper from the CGIAR Research Program on Climate Change, Agriculture and Food Security (CCAFS) has been published on the impacts of climate change on livestock across Africa. Lead author of the new paper, Philip Thornton, is a scientist with the International Livestock Research Institute (ILRI). END_OF_DOCUMENT_TOKEN_TO_BE_REPLACED 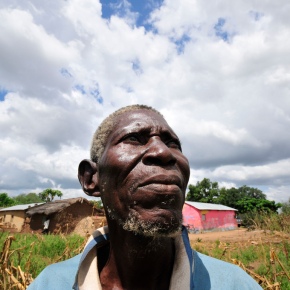 ‘Africa could be on the brink of an agricultural revolution. Political commitment to the sector is thankfully gaining momentum as an effective route to bring African populations out of hunger and poverty. But there is also talk that the region’s potential croplands should feed the rest of the world as well, in addition to providing vast quantities of biofuels. However, a new scientific paper released this week suggests African countries should cast global requests aside and instead focus on staple crop production to feed the continent first.’ END_OF_DOCUMENT_TOKEN_TO_BE_REPLACED 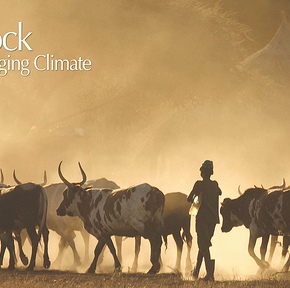 Agricultural management can do only so much to increase the resilience, diversification and risk management of the developing world’s livestock-keeping communities. Their successful adaptation to climate change depends heavily also on their being supported by enabling policy and other environments. What that in turn depends on is reliable evidence of just how big a difference livestock adaptations can make to household incomes and food security provided in timely ways and appropriate formats. END_OF_DOCUMENT_TOKEN_TO_BE_REPLACED

Impacts of climate change on length of growing periods in Africa by Philip Thornton The International Food Policy Research Institute (IFPRI) has published an atlas illustrating the current state of African smallholder agriculture. The Atlas of African Agriculture Research and Development comprises a series of maps and short analyses that showcase and locate the continent’s diverse agricultural … END_OF_DOCUMENT_TOKEN_TO_BE_REPLACED 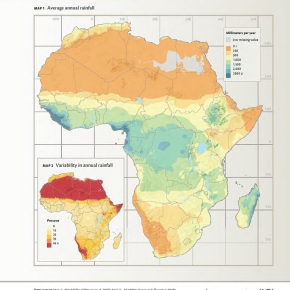 An average of less than 1,000 millimeters of rain falls per year across most of Africa (Map 1). Rainfall tends to decrease with distance from the equator and is negligible in the Sahara (north of about latitude 16°N), in eastern Somalia, and in the southwest of the continent in Namibia and South Africa. Rainfall is most abundant on the eastern seaboard of Madagascar; portions of the highlands in eastern Africa; large areas of the Congo Basin and central Africa; and parts of coastal western Africa including Liberia, Sierra Leone, and Guinea. END_OF_DOCUMENT_TOKEN_TO_BE_REPLACED 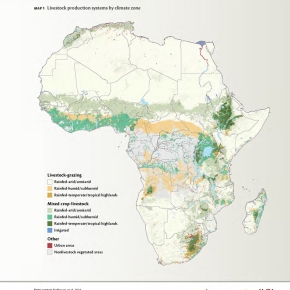 Livestock-producing agricultural systems cover 73 percent of Africa and stretch across several climates (Map 1). To some extent, these climates determine what type of farming is practiced. In Africa, livestock-producing systems are broken into two main categories: livestock and mixed crop-livestock. These systems exist in three common African climates: arid/semiarid, humid/subhumid, and temperate/tropical highlands. END_OF_DOCUMENT_TOKEN_TO_BE_REPLACED

A 2013 paper, Addressing uncertainty in adaptation planning for agriculture, deserves a wide readership. The paper was published in 2013 in the prestigious US science journal Proceedings of the National Academy of Sciences (PNAS). It tackles ‘uncertainty’ in climate change research for development. If you can manage your way through the technical jargon, you get to this: The results demonstrate the potential for robust knowledge and actions in the face of uncertainty. END_OF_DOCUMENT_TOKEN_TO_BE_REPLACED