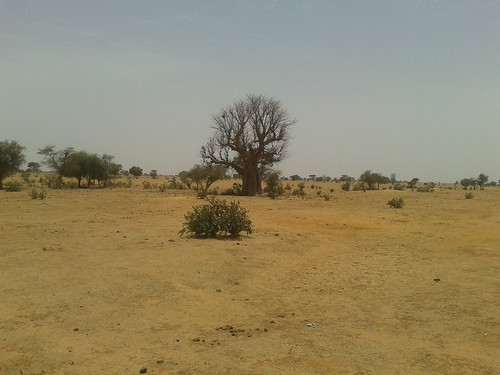 Two weeks ago, I travelled with partners from the Platform on Pastoralism and Drylands of the French Research Centre for Agricultural Development (Le Pôle pastoralisme et zones sèches CIRAD-PPZS) to the shores of the Senegal River at the border between Senegal and Mauritania. It was excruciatingly hot and dry. We drank warm water constantly (our plastic-bottled mineral water turned hot from the heat in the car by 11am). Physical or intellectual activity of any kind made between 11am and 4.30pm was demanding. For me, this was just a three-day glimpse of the living conditions of Sahelian pastoralist communities. I can now relate better to the livelihood challenges they face in such a hostile environment.

The rains come only once a year here, whereupon the land turns lush green with grass. But for 9 months out of 12, the land is dry and barren. Cropping is possible only along the irrigated perimeters south of the Senegal River. So itinerant livestock herding has been the only way to make a living in this arid rural environment.

In 2006 the Laiterie du Berger started operating a dairy plant in Richard Toll City, in northern Senegal, to collect and add value to milk from local herders and help meet increasing demand for milk products in Dakar and other large cities of the country. This involves collecting milk from pastoralist campsites. To limit the amount of time fresh milk is being transported unchilled on dirt roads, the dairy has encouraged milk producers to become more sedentary. The new dairy marketing outlet has thus helped provoke profound changes in the local dairy production system, with women and children now remaining in semi-permanent camps with the producing dairy cows, where they receive animal feed from the dairy so as to sustain their cows’ milk production, while the men of the community continue their pastoral ways, moving their herds of bulls and non-lactating cows to new areas as needed in search of water and forage.

Thanks to a small grant from the CGIAR Standing Panel on Impact Assessment, which complemented funding from the CGIAR Research Program on Policies, Institutions and Markets, ILRI and its partners have developed a method to help measure the social impacts of this new dairy supply chain innovation on these pastoralist societies. Our method relies on use of the following three tools. 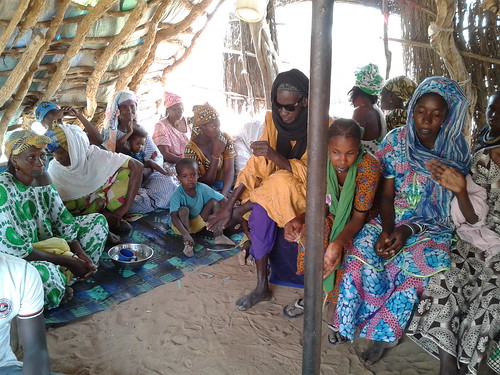 Preliminary results from the field
A preliminary analysis of the food security index shows that earning more income from milk, getting a stable milk income throughout the year and keeping larger cow herds all benefit household food security in this region.

In-depth interviews with dairy collectors show that the Laiterie du Berger dairy has helped to fix the dairy nucleus of the herd with settled women and children so as to enable regular delivery of milk to the dairy and animal feed to the cows.

Most significantly, the dairy has adapted its supply chain to the social customs of the Fula herders of this region. Because men here traditionally represent their communities and households, the dairy initially allocated only the male herders with supplier numbers to identify their milk collection buckets. But the dairy also acknowledged that behind the male-dominated facade, women were actually in charge of dairy production and milking. Dairy technicians provide training on better milk production techniques to both men and women and the milk is collected every day from the doors of the women’s houses. The dairy has also conceded multiple supplier numbers and buckets to some men with more than one wife so as to allow different wives of the same household to keep control of their individual milk production and income. In this way, the dairy acknowledges that keeping domestic peace is an important factor of stable milk supplies even though increasing the number of buckets from a collection community increases logistical problems. 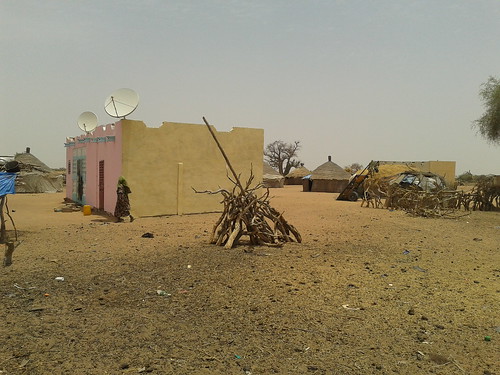 A woman herder we interviewed in Niassanté village on the impact of being more sedentary filled in some of the details for us. Although women and children now stay put with the dairy cows and no longer travel with the men and the rest of the herd as they used to, societal cohesion in the community has actually increased due to the increased dairy incomes, which are enabling the women to buy house building materials and to start consuming goods and services that were formerly out of their reach.

Other stabilizing benefits reported by this woman are that the men now have a fixed and comfortable place to come back to when they return with their nomadic animals from distant pastures and the women no longer have to regularly clear a new campsite and build new temporary shelters for their returning menfolk but can spend their time on more productive household and other activities.