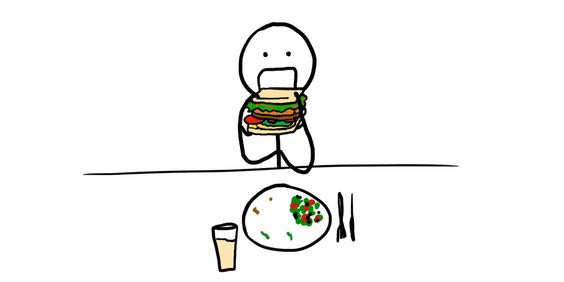 The following opinion piece, by Jimmy Smith, director general of the International Livestock Research Institute (ILRI), was first published in The Guardian on 16 Aug 2016, in response to an opinion piece published by environmental reporter George Monbiot in the same paper on 9 Aug 2016 (I’ve converted to veganism to reduce my impact on the living world).

Below is Jimmy Smith’s response, copied in full.

‘Veganism is not the simple solution to sustainability that some have recently argued. I wish it were that easy.

While I commend those taking steps to change their diets to reduce their environmental footprints, a vegan world—where no one consumes any animal-derived meat, milk and eggs—is not how we will achieve sustainable global development.

‘First, while some argue that veganism is the best dietary choice to feed the world’s growing population because of its low environmental footprint, research suggests otherwise. Only last month, research in the US compared ten different eating patterns and concluded that diets incorporating some animal-source foods (especially milk and eggs) use less land than their vegan alternative. This is because more inclusive diets make optimal use of all existing land to feed people, such as croplands and rangelands for growing grain and hay to feed livestock. A lot of meat and milk is produced on these marginal rangelands that would otherwise remain unproductive in a vegan context. For example, sixty per cent of sub-Saharan Africa is covered by drylands where livestock raising is the main—and often only—land use option available.

‘Furthermore, decades of research has shown that medium levels of livestock grazing are better for the health, productivity and biodiversity of these rangelands than no livestock at all. And when managed well, these lands also sequester large amounts of carbon in their soils.

‘Secondly, those living in high-income countries have many other actions they could prioritise to reduce their dietary impacts on the world. These include moderating their intake of all foods and reducing the amount of food they waste, the latter of which accounts for up to 50 per cent of total production globally and for 7 per cent of total greenhouse gas emissions.

‘Thirdly, and most importantly, livestock are too essential to many of the world’s poorest people to simply cast them aside. In low- and middle-income economies, where livestock account for 40 to 60 per cent of agricultural GDP, farm animals are a main source of livelihoods for almost one billion people, many of whom are women. Here, cows, goats, sheep, pigs and poultry are scarce assets that bring in regular household income and can be sold in emergencies to pay for school or medical fees. Here, where malnutrition is rife and stunted children still common, livestock can provide an energy-dense and micronutrient-rich source of food for people otherwise subsisting largely on cheap grains and tubers. Animal-source foods are especially important for pregnant women, babies in their first 1000 days of life, and young children.

When so many lives and livelihoods depend on these animals, could we really envision depriving an African household from raising a few chickens or a couple of stall-fed dairy cows? Or an Asian family from keeping a dozen pigs on a tiny plot? Or pastoralists from herding goats, sheep and cattle across drylands?

‘As any other sector, livestock production has challenges that it must tackle. The sector is a big user of water and other natural resources, for example, and its greenhouse gas emissions contribute to climate change. Overconsumption of animal-source foods can lead to obesity and ill health. Many human infectious diseases originate in livestock and other animals. And then there is the overuse of antibiotics in intensified livestock production systems and the welfare of animals themselves.

‘These challenges, all of which are being addressed today in multi-institutional initiatives, should not encourage us to turn away from livestock. Rather, they should encourage us to pay much greater attention to this sector, enabling it through scientific advances and enlightened policymaking to provide the greatest benefits for all the world’s people at the least environmental and social costs.

Many of those in the developed world advocating veganism, or indeed any other single kind of diet, are doing so in a context of food excess. Let’s remember the many, many other people who are not so fortunate. It would be a tragedy if some of these good intentions were to end up hurting many of the most vulnerable of us on the planet.

‘Whatever our passions and whatever “side” of the vegan debate we fall on, we must all work to overcome the temptation to find simple answers to the complex and context-specific sustainability challenges we face. Demonizing livestock is one such misguided simple response.’

To achieve true sustainable development, we are going to have to make good use of livestock—and all the other natural resource assets we have at our disposal.

Read this opinion piece by Jimmy Smith as published in The Guardian: Veganism is not the key to sustainable development—natural resources are vital (Lives and livelihoods the world over hinge on livestock, and efforts to reduce our dietary impact can still include some meat, milk and eggs), 16 Aug 2016.

And, below, read Jimmy Smith’s full follow-up comment in The Guardian, made in response to the many comments his opinion piece generated (441 comments were posted in the day following publication of his op-ed).

‘First, to respond to those who think my organisation may be a livestock lobby or industry PR group of some kind. It is not. My organisation, the International Livestock Research Institute (ILRI), is a centre of CGIAR, a global, public and non-profit partnership working for a food-secure future. For the last four decades, CGIAR has helped reduce global poverty, hunger and environmental degradation through agricultural research in and for poor countries. All of the work of ILRI and the other CGIAR centres and programmes is focused on producing and using the best scientific evidence available.

ILRI specifically conducts research to bring about ‘better lives through livestock’. ILRI and its many partner organisations focus on developing-world livestock issues not because we’re pro-livestock but rather because smallholder animal agriculture matters so greatly to so many.

‘Raising cattle, goats, sheep, pigs, poultry and other animals provides milk, meat and eggs and a wealth of other services to family farmers—e.g., household incomes from daily sales of milk and eggs (to pay for school, medical and other essentials), manure to fertilize croplands, traction to pull ploughs, and to serve as four-legged savings accounts and insurance for  some billion people who remain unbanked and uninsured.

‘In short, animal agriculture remains the mainstay of smallholder livelihoods and food production across the developing world. It is often the only livelihood option available and one of the few ways out of poverty for urban and well as rural low-income populations. It has equally strong links to nutritional, public and environmental health.

‘My argument is that trying to force one-size solutions for more sustainable food production, whether that be veganism or any other food choices, will not work. Livestock systems vary drastically around the world, depending on the animal species kept and the region in which it is raised, on the production system used and the wealth or poverty levels of the producers, on the particular culture and traditions of the producers, traders and consumers, and so on.

‘The implications of these great disparities are big.

While some people may find a rational response to be a reduction in their consumption/overconsumption of meat or all animal-source foods, or complete removal of these foods from their diets, other people, just as rational if often malnourished, will come to the opposite conclusion and try to consume a little more of these foods to improve their diets and health.

As mentioned, such energy- and micronutrient-dense foods are critical for the cognitive and physical development of the young, with this more nourishing start in life conferring on them lifelong benefits.

The context, in other words, is decisive.

A particular context my institute is focusing on is the emerging economies where the livestock ‘hotspots’ are. While livestock production and consumption levels in the UK and other high-income countries have levelled off, those levels are increasing in many low- and middle-income countries. We should be putting much of our efforts here, helping to shape the fast-transforming livestock sectors of these emerging economies in ways that benefit all the world’s people and health and environments. Fortunately, many organisations in addition to ILRI are now working to help bring about just such sustainable livestock futures.

(At ILRI, we’re also working to enhance livestock ‘cold spots’, where production remains stubbornly at subsistence levels. But I’ll save that topic for a future communication.)

‘I take heart in the great number of responses the livestock articles by Mr Monbiot and myself and others have generated, as well as in the diverse passions and viewpoints on display in these conversations. I see these as pointing to a desire in most of us to make a lasting difference in the world—and conversations like these to be the foundation of a more sustainable and equitable  future for all of us.’