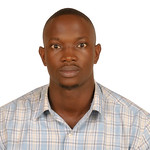 Brian Kawuma joined the International Livestock Research Institute (ILRI) on 1 August 2014 as communications specialist for the Smallholder Pig Value Chain Development projects in Uganda under the Livelihoods, Gender and Impact Program. Prior to this appointment, Kawuma was working with MCash Uganda Ltd as a communications manager. Brian has previously worked as the communications officer for the East Africa Dairy Development (EADD) Project under Heifer International and with the Uganda National Chamber of Commerce and Industry as a public relations officer. He holds an MA degree in journalism and communication from Makerere University, Uganda. Kawuma will be responsible for the liaison between the ILRI Uganda team and the Communications and Knowledge Management group in ILRI. 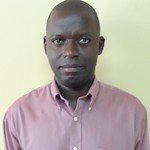 Peter Lule Mulindwa joined ILRI on 1 August 2014 as research technician for the Pig Value chain Development Project in Uganda in the Animal Sciences for Sustainable Productivity Program. Mulindwa holds a BSc degree in Veterinary Medicine and is finishing a MSc degree in agribusiness management at Makerere University, Uganda. Previously, he was a research fellow at ILRI since 2012 under the same project. He previously worked as a coordinator/veterinary officer for the National Agricultural Advisory Services (NAADS) in Kalangala District of Uganda from 2009 to 2014. 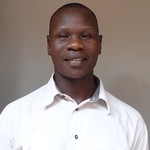 Felix Opio joined ILRI as research technician on 1 October 2014 in the Smallholder Pig Value Chain Development Project in Uganda. Previously, Opio worked as assistant program manager for Action Against Hunger (ACF)-International. His has also worked as agricultural project manager for ZOA-Uganda and with Mercy Corps-Uganda as agricultural team leader and agricultural officer. Opio holds a BSc degree in agricultural economics from Makerere University, a postgraduate diploma in project planning and management from Gulu University, where he is also currently is pursuing a Masters program in agro-enterprise development. Felix will be based in Lira District in Northern Uganda and will be responsible for the research for development activities on pig value chains in that region. 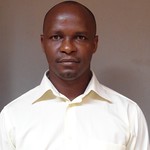 Grace Asiimwe joined ILRI on 1 October 2014 as research technician in the Smallholder Pig Value Chain Development projects in Uganda. He was previously working with the local government of Kiruhura District, Uganda as a veterinary extension officer. He holds a MSc degree in veterinary preventive medicine with specialization in veterinary field epidemiology from Makerere University, Uganda. He has experience in community engagements, farmer group dynamics, surveys and data processing. Asiimwe will be based in Hoima District in Western Uganda and will be responsible for the research for development activities on pig value chains in the region.