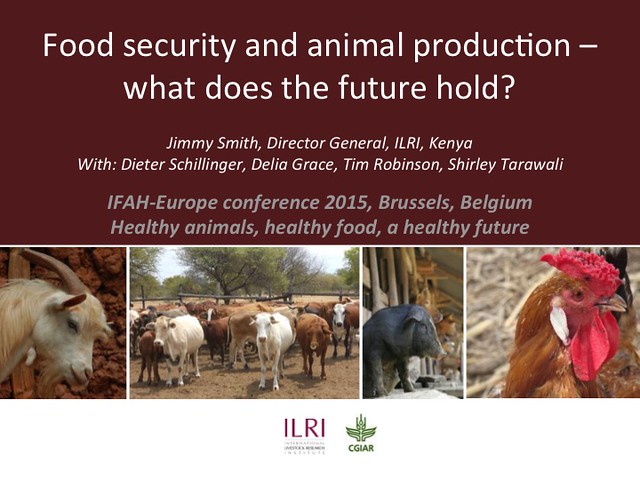 The challenge, Smith said, is feeding the world sustainably by the time the global human population stabilizes about 2050, by which time 60% more food than is produced now will be needed, 75% of which must come from the same amount of land. In addition, the higher production should be achieved while reducing poverty and addressing environmental, social and health concerns. And all this greater food will have to be produced with temperatures likely to be 2−4 degrees warmer than today’s.

All of which are tall orders. 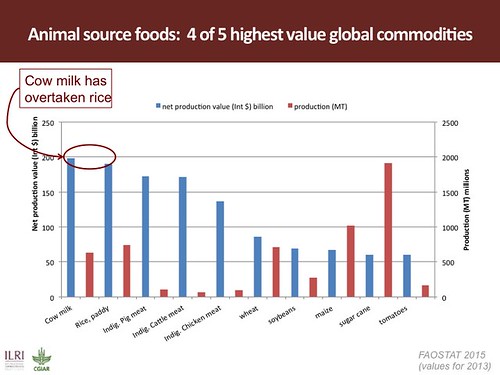 This rising demand for meat, milk and eggs is due largely to rising populations as well as incomes and urbanization in developing countries. Take a look. 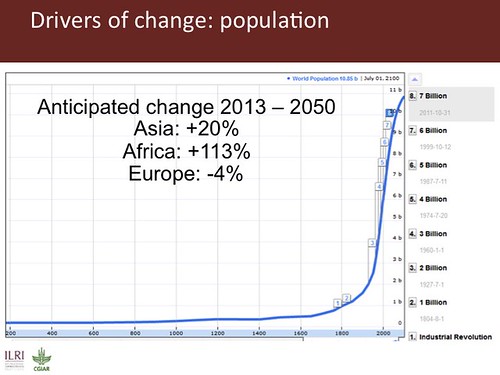 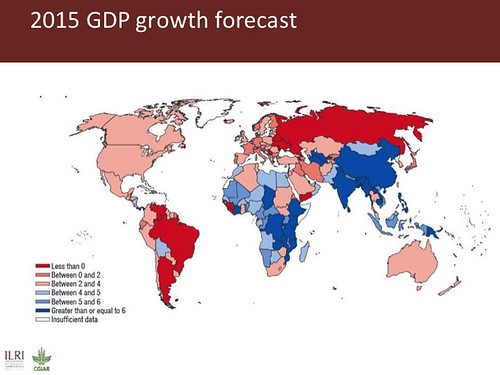 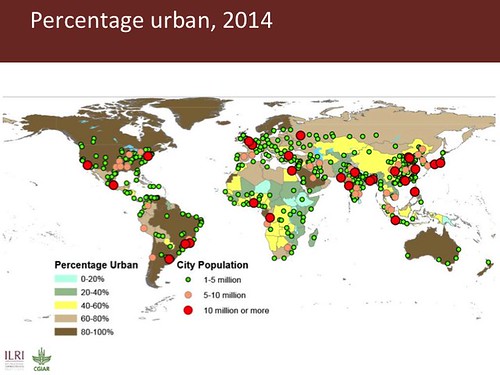 Gains in meat consumption in developing countries are outpacing those of developed. 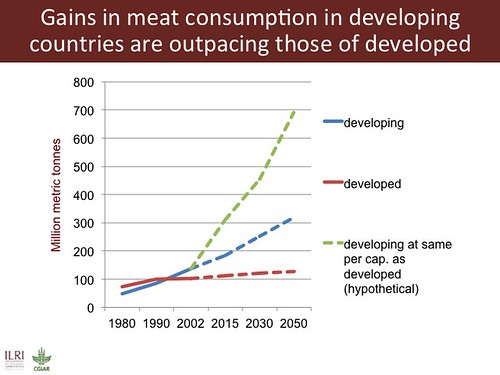 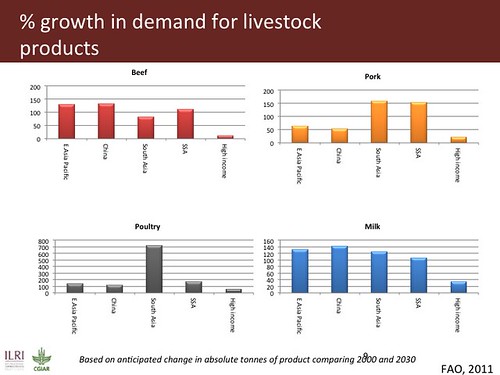 The nutritional divides among the world’s seven billion people today are dramatic. 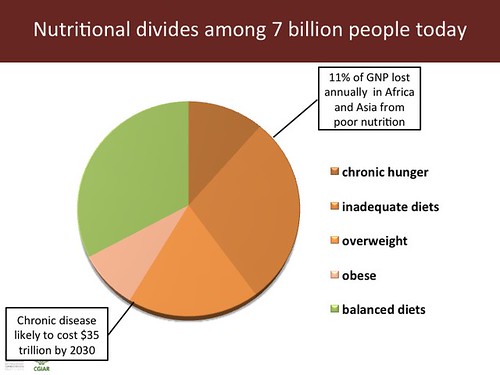 And while we have done much in recent years to reduce food insecurity, much still remains to be done. 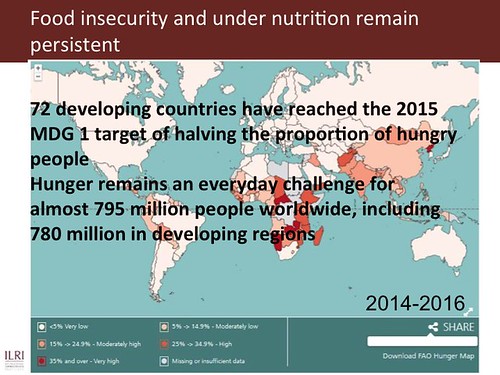 While much of the above is common knowledge among development experts, what is less commonly understood is the central importance of the world’s small-scale food producers in developing countries, who are feeding most of the developing world’s people. 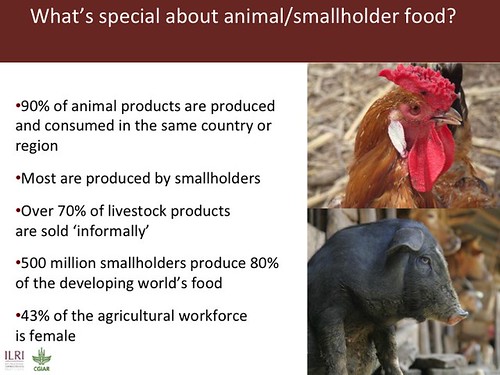 Jimmy Smith argued that the rising demand for livestock commodities in developing economies will be met—the only question is how. He presented three plausible scenarios. 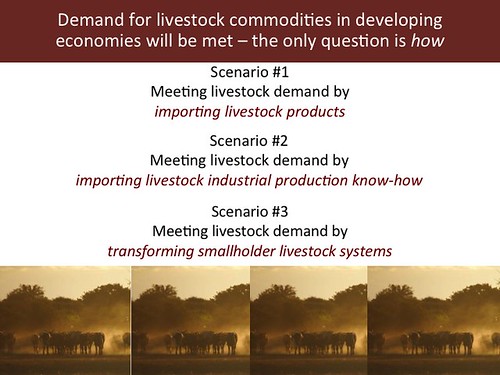 Developing sustainable animal food systems—Scenario #3—is a must for several reasons, he said. 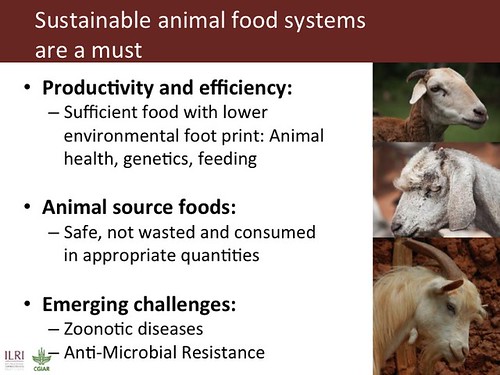 Just one of those reasons is the rise of antimicrobial resistance. 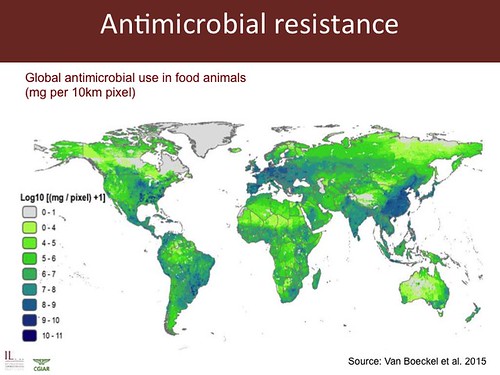 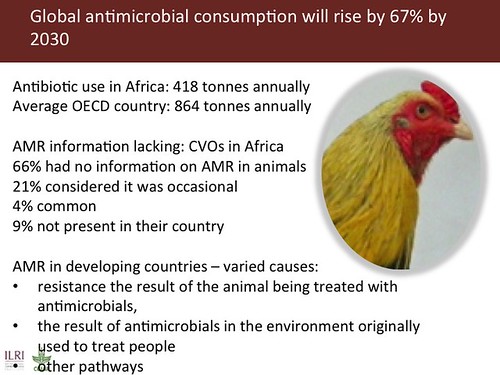 As to why the European animal health sector should pay attention to developing-world livestock production, Smith presented some eyebrow-raising stats. 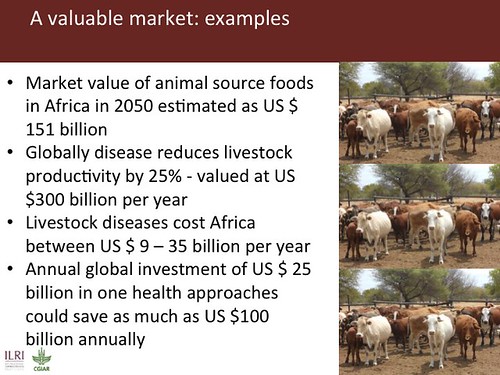 Whether you are in the business of processing animal-source foods, or veterinary pharmaceuticals, or animal genetics or feeds, the developing world is ‘where it’s at’.

One thought on “Small producers are big opportunities for a healthy, safe and sustainable global livestock sector”