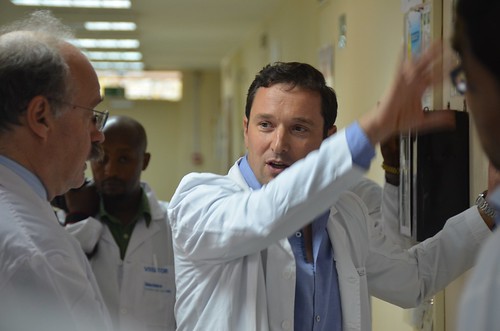 Among short presentations made to Sir Mark Walport, the UK chief scientific adviser, on his 15 Jul 2015 tour of the biosciences laboratories at the International Livestock Research Institute (ILRI), in Nairobi, Kenya, was one by Joerg Jores, a molecular biologist working to better control important livestock diseases of Africa and other developing regions. Jores is a senior scientist in ILRI’s Vaccine Biosciences program whose work supports the CGIAR Research Program on Livestock and Fish. 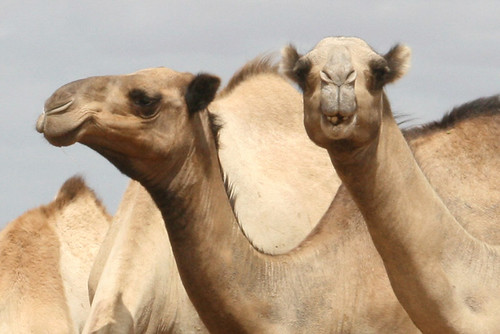 In 2012, a novel coronavirus called Middle East Respiratory Syndrome (MERS)-CoV emerged in the Arabian Peninsula. Human cases have been reported from 25 countries, with the most recent outbreak in the Republic of Korea.

MERS-CoV has caused at least 1,200 severe cases of respiratory infection and more than 400 deaths.

Several studies have shown that dromedary camels can act as a source of human MERS- CoV infection. However, although the animal reservoir has been identified, the route of infection and types of exposure remain largely unknown.

ILRI and collaborators have shown that camels in eastern Africa have been infected with MERS-CoV since the 1980s.

MERS-CoV is an important zoonotic pathogen that might pose a risk to pastoral communities and other consumers of camel milk and other raw camel products. Furthermore, other potential sources of infection, such as camel faeces and nasal discharge, need to be characterized. However, pathogens like these are likely to be under-reported in many African countries, where sufficient diagnostic lab networks and courier services are rare.

One of ILRI’s current objectives is to develop and validate field-applicable diagnostic tests based on recombinase polymerase amplification for MERS-CoV.