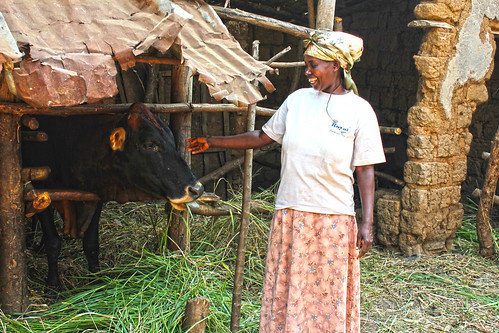 A new project will make use of reconstructed meteorological data from Rwanda in cutting-edge climate science. The project will develop climate information products and services based on the expressed needs of the country’s farmers and other end users. The data will be translated into forecasts relevant to farmers and government capacity will be built to deliver this service.

‘The missing data traces its origins in tragedy. The 1994 civil war and genocide in Rwanda led to a catastrophic disruption of Rwanda’s meteorological observation network. Most of the country’s weather stations had been wrecked, looted or rendered inoperable by the violence. A decade later, only few stations had been brought back online. It was not until 2010 that Rwanda’s National Meteorological Agency restored its pre-1994 number of stations. . . .

‘[Tufa] Dinku lists a number of questions that are difficult to answer without solid historical data: How is climate change unfolding in the country? Are there certain areas seeing more impacts than others? What is the year-to-year variability in rainfall and how has that changed? What has been the trend between climate and agricultural productivity? Even the impacts of El Niño would be poorly known.

Agriculture contributes to one-third of Rwanda’s gross domestic production and remains the main source of subsistence for the majority of the country’s population. Farming employs eight out of ten Rwandans. Despite its importance, the sector remains highly vulnerable to current and projected climate and weather variability. Severe flooding in 2007, for example, caused an estimated USD 22 million in two districts alone. Recurrent hail and wind storms, heavy rains and prolonged droughts take frequent tolls on agricultural productivity. Such weather events are expected to become more frequent and intensive with climate change, posing a threat to food security.

‘With ENACTS, Meteo-Rwanda has filled in the missing data by blending whatever on-the-ground measurements existed with global satellite and climate model products. As a result, Rwanda now has more than 30 years of rainfall and temperature data every 5 km across the whole country. . . .

‘“Rebuilding the data sets the foundation for developing the kinds of information products we know are useful to farmers and other decision makers,” explained James Hansen, Program Leader for the CCAFS flagship on managing climate risk. “These include forecasts by SMS and radio, which now reach millions of rural people in countries such as Senegal,” he said.

‘The new Rwanda Climate Services for Agriculture project will build on the ENACTS innovations to improve agricultural planning and food security management in the country at all levels. . . .

“Rwanda is showcasing what can be done with climate services, even when you have an enormous gap in observational records,” said Hansen. “It’s the only country in Africa as far as we know with an official ‘open data’ policy and it’s poised to lead the continent in making not just forecasts but data a public good and a resource for development.”