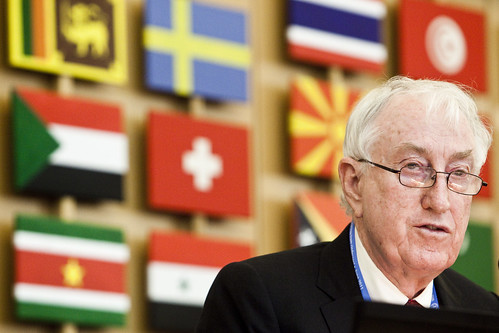 When Alfred Nobel, the Swedish inventor of dynamite, died in 1895, he gave away most of his fortune to fund prizes in physics, chemistry, physiology or medicine, literature and peace—the Nobel Prizes. This year, the prize for physiology or medicine was awarded on 3 Oct (2016) to Japanese cell biologist Yoshinori Ohsumi for his discoveries of mechanisms controlling autophagy.

For what? you may well ask.

Autophagy, literally, ‘self-eating’, is the process by which cells degrade and recycle their contents, disposing unwanted parts by enclosing them in a membrane neatly sent to be degraded by the cell. Yoshinori Ohsumi identified the set of genes responsible for its control. Cellular self-degradation goes on continuously, maintaining cellular well-being and allowing us to fight off invading bacteria and viruses (by eliminating invading bacteria or viruses), survive starvation and make way for new cells. Autophagy also helpfully rids the cell of extra and unwanted material. Ohsumi’s discoveries are allowing medical researchers to investigate links in variations of the genes controlling autophagy and Parkinson’s disease, type 2 diabetes, and certain cancers and conditions associated with ageing.

Exactly two decades ago, in 1996, this Nobel Prize for Physiology or Medicine was awarded to Peter Doherty, an Australian veterinary surgeon and medical researchers, and Rolf Zinkernagel (Swiss), both then working in Australia, for their discoveries of how the immune system distinguishes virus-infected cells from normal cells.

This discovery had important significance for medical operations, as the MHC molecule was already known to be responsible for patients’ rejection of foreign tissues in operations involving transplanted tissues or organs. Their discovery laid foundations for both strengthening immune responses against invading microorganisms and forms of cancer and for diminishing the effects of autoimmune reactions in inflammatory diseases, such as rheumatic conditions, multiple sclerosis and diabetes.

Peter Doherty is today patron of two institutes: the Peter Doherty Institute for Infection and Immunity, a joint venture between the University of Melbourne and the Royal Melbourne Hospital researching infectious diseases in humans that became operational in 2014, and the International Livestock Research Institute (ILRI), for whose predecessor, the International Laboratory for Research on Animal Diseases (ILRAD), Doherty served for several years as a board member overseeing the science program.