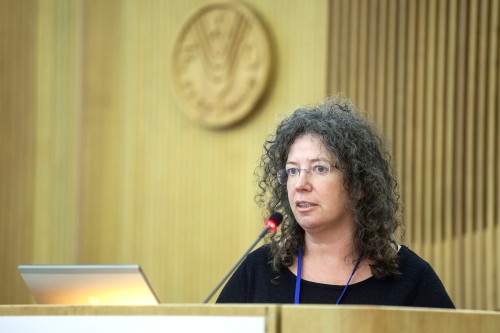 This opinion piece, written by ILRI scientist and program leader Delia Grace, was originally published by Devex on 16 Dec 2016.

The numbers when it comes to drug resistance are apocalyptic. Already responsible for up to 700,000 deaths a year, the number of victims could reach 10 million by 2050, making superbugs a bigger killer than cancer is today if urgent action is not taken.

There is great concern (although as yet limited evidence) that much of this growing global health threat is linked to the overuse and misuse of antibiotics in animals, especially livestock. This has accelerated the resistance of disease-causing bacteria and other microbes that also then infect people.

But while such overuse and misuse of precious treatments in animal production is a ticking time bomb, millions are conversely affected today by poor access to effective antimicrobials, creating a dual dilemma.

For the many people whose livelihoods depend on livestock, proper antimicrobial use can be the difference between survival and hardship, between feeding their family or going hungry.

As such, antimicrobial use is a matter of access versus excess.

Somehow, we must reduce the use of antimicrobial drugs in animals to tackle growing levels of drug resistance while ensuring that these life- and livelihood-saving treatments reach those who really need them.

One of the reasons antimicrobial use in livestock is so prolific is that these drugs help prevent livestock diseases and deaths. And in the developing world in particular, healthy livestock are crucial for sustainable development, offering increased productivity, reduced impact on the environment, lowered public health risks and improved livelihoods.

Yet there are some parts of the world where the livestock sector has not yet felt the benefit of antibiotics. Studies from Africa have found 10 per cent of adult livestock and 25 per cent of young livestock still die prematurely, most from infectious diseases. Others estimate the cost of livestock illness in Africa to be between USD9 billion and USD35 billion a year. Livestock losses are an often ignored factor when it comes to food deficits, but for many people, healthy livestock would help them escape poverty and malnutrition.

Improved availability of animal antibiotic treatments could be a lifeline for some of the world’s most vulnerable farmers.

Yet growing levels of drug resistance around the world could instead see an extra 28 million people fall into poverty by 2050 and global livestock production fall by 7.5 percent.

The livestock sector can be instrumental in turning this around. In 2010, the World Health Organisation, the Food and Agriculture Organization of the UN and the World Organisation for Animal Health, or OIE, formalized a tripartite agreement, listing antimicrobial resistance as one of their top three priorities. The tripartite has endorsed a Global Action Plan for tackling this issue, which in turn should be adapted by countries for implementation at national level.

One of these solutions would be to improve access among the poor to animal health services, including diagnostic information and registered medicinal products.

It is important to optimize the performance of veterinary services when managing disease threats and to prioritize the allocation of resources to improve animal health and welfare more effectively. OIE plays a central role in this endeavour by providing scientific information, ensuring transparency, setting standards and promoting veterinary services.

A World Bank analysis has also highlighted the differences in registering and labelling animal drug products in more than 60 countries worldwide. Given that up to 60 per cent of the antimicrobials used in Africa and Asia may be substandard, partly as a result of counterfeit drugs, it is imperative that we set international standards for the use of these treatments.

Where there is overuse of antimicrobials in animal agriculture, their consumption and contribution to drug resistance can both be reduced. In Europe, for instance, there has been a substantial decline in antimicrobial drug sales for food-producing animals. This suggests that former use was excessive and that other regions could adapt their animal production practices to depend on fewer antimicrobial treatments.

But where antimicrobial drug availability is a constraint, we must ensure that the most vulnerable people are not left exposed to preventable animal disease.

A complete restriction of access to antibiotics by the poor would be counterproductive and put at risk many other development goals.

We must also recognize that interventions to curb antimicrobial misuse in high-income countries may not be feasible or desirable for low- or middle-income countries. Our responsibility in the development community is to try to help countries to establish national action plans, ensuring tailor-made strategies, based on One Health principles, to better manage antimicrobial use, whether that is to lower such use or to ensure right and proper access to such drugs.

Above all, we should assess antimicrobial use in its differing contexts to be able to preserve the effectiveness of drugs and ensure they get to those who really need them.

We have learned from the problem of “excess” by the rich; we now need to put those lessons in the service of quality access by the poor.

Delia Grace is an epidemiologist and veterinarian with more than 20 years experience in developing countries. She graduated from several leading universities and currently leads research on zoonoses and food-borne disease at the International Livestock Research Institute based in Nairobi, Kenya. Her research interests include food safety, emerging diseases, gender studies, and animal welfare.

Read this opinion piece by Delia Grace as originally published on the Devex site: Opinion: Can the livestock sector find the elusive ‘win-win’ on drug resistance?, 16 Dec 2016.

2 thoughts on “Access vs excess to antibiotics: The dual antimicrobial resistance issue facing the world”