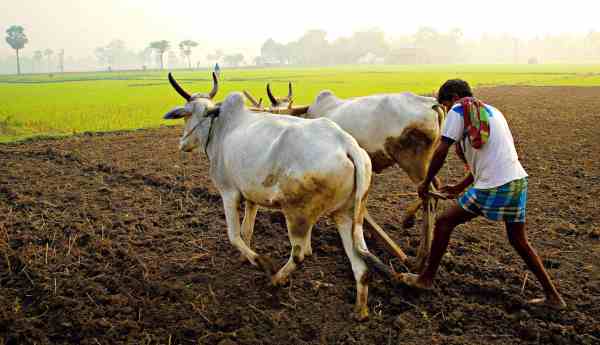 In this guest post, Shirley Tarawali, Assistant Director General of the  International Livestock Research Institute (ILRI) takes a closer look at livestock’s impact on the environment, and what is being done to manage its environmental ‘hoofprint’.

Some have called it a ‘cowspiracy’. Some go as far to say that meat eaters are committing ‘climate murder’. But is livestock production always as bad for the planet as some would argue, or are there any arguments that would support eating meat, milk and eggs with a good conscience?

Livestock’s impact on the environment can be managed. The sector is addressing its carbon and environmental footprints at the same time as it helps reduce hunger, malnutrition and poverty around the world. Let us explore five facts that you may not know about livestock production.

1. Meat and milk are produced in vastly different ways around the world.

Many assume that livestock production is the same the world over but raising sheep and cattle in American feedlots is wildly different from raising those animals in sub-Saharan Africa. The many different production systems have been classified in a number of ways according to climate, grazing systems, feed and herd sizes. Each has various challenges and benefits, and within each, there are best practices that can and should inform the others. There are some farming systems in the developing world that have a very low environmental impact and even contribute to efficient and beneficial nutrient cycling.

So making generalisations about livestock based on systems used only in developed countries leads to misconceptions about the sector’s environmental impact.

The crux is how to extend best practices to make livestock farming more efficient while allowing more people to benefit and respond to the rising global demand.

2. Livestock and animal-source foods can be both good for the environment and ‘climate-smart’.

Livestock are often either forgotten or unduly vilified when it comes to climate change and the environment. While the sector as a whole contributes significantly to greenhouse gas emissions, most developing countries currently rely on estimates generated for systems in North America, Europe or Australia. But there are significant differences in livestock production in those countries that affect greenhouse gas emissions, including how livestock are fed.

Given such regional variations in production systems, we need to be prepared to recognise that livestock’s carbon footprint also varies from region to region.

Nevertheless, there are plenty of opportunities for mitigation and adaptation. A third of the world’s land is only viable for animal agriculture and where it is carefully managed, medium levels of grazing is actually better than none at all. A recent study also found that diets incorporating some animal-source foods were actually more land efficient than vegan diets. It is important then that we always look at any given environment impact within its particular context, and there are a number of initiatives organised to do just that.

3. Eating a moderate amount of meat, milk and eggs can be good for our health.

While many people in industrialised countries can be said to eat too much, meat is actually a key source of protein, iron and vitamin B12 among other nutrients, especially in the developing world. Similarly, milk and dairy products play an important role in early years nutrition and development. Many of those who get insufficient animal-source foods face malnutrition and associated illnesses. But this can be prevented if sufficient animal-source foods are included in the diet.

The UN Food and Agriculture Organisation (FAO) recommends 20g of animal protein per person per day to combat malnutrition.

In developed countries, eating 70g of meat a day is considered part of a healthy diet, and simply by limiting meat consumption to the World Health Organisation guidelines (which does not recommend cutting out meat), it’s still possible to get the benefits but with a reduced environmental impact.

The assumption that livestock products are part of one homogenous supply chain is unfounded.

The majority of the 1.3 billion people whose livelihoods depend on livestock around the world work within quite localised value chains, especially those in developing countries.

Solutions for greater efficiency and productivity, then, must be integrated from the bottom up and tailor-made for national and regional contexts. The diversity of the sector calls for targeted investment and knowledge-sharing to address the various challenges that affect smallholders in different ways.

5. Livestock and crop growing depend on one another.

There is a misconception that crop and livestock production are distinctive systems.

But mixed crop and livestock farming is common around the world and offers great opportunities to combine resources, diversify incomes and expand the benefits of agriculture.

Crop residues can be fed to livestock while livestock draught power enables plowing and transport and livestock manure can be used as fertiliser, contributing to the reuse of energy and nutrients.One study found manure provides 12 per cent of the nitrogen used for crop production globally, rising to 23 per cent in mixed crop livestock systems. Mixed systems contribute not only to the global supply of animal-source foods but also to producing half of the world’s cereal, including more than 40 per cent of maize and almost three-quarters of millet, for example.

Animal rearing is inextricably linked to the environment as well as human health, income equality and food security. To malign livestock is to refute their role in the sustainable future of our planet.

To broaden and deepen the many benefits of the world’s livestock sector while reducing any of its environmental harms, we must begin to appreciate the vastly diverse forms the sector takes in different parts of the world, and to acknowledge just how much livestock continue to provide those living in severe poverty.

Read this article on the Farming First site: Five fast facts about meat & the environment, 21 Dec 2016.