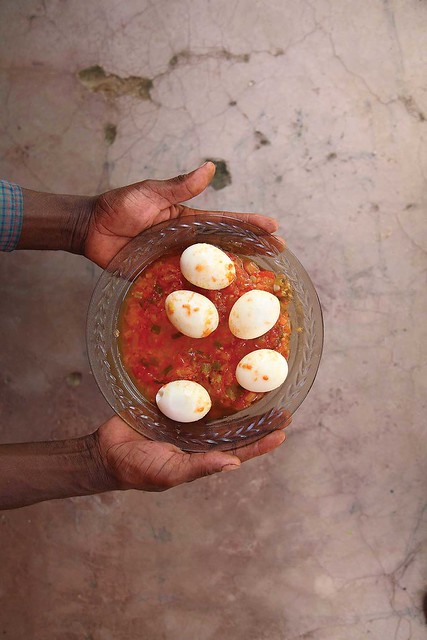 Livestock are critical to the livelihoods of 900 million of the world’s poor, for whom the sale of animal products also serves as a major source of employment and income. Central Malawi (photo credit: ILRI/Stevie Mann)

The experience of the International Livestock Research Institute (ILRI) and partner scientists in 2015–2016 highlights how research and policy analysis guide prioritization of livestock investments and interventions that transform livestock value chains enabling men and women smallholder farmers to improve their lives. However, building on solid research, it is the training of key stakeholders and research support which delivers direct benefits to value chains actors and poor consumers of animal-source foods.

These are some of the findings from the livestock and human health research and interventions, presented in the ILRI Corporate report 2015–2016: highlights on policies, value chains and livelihoods. The findings of the report are presented in line with the three objectives set out in the ILRI strategy 2013–2022:

Research in Botswana revealed the importance of reducing input prices to increasing technical efficiency rates and profit margins of smallholder livestock and crop–livestock farmers, with current levels below 60% of potential. Recommendations include helping livestock keepers gain greater access to croplands so their animals can feed on crop residues and to off-farm employment as a way of acquiring investment capital. For instance, a 1% decrease in feed costs would help boost technical efficiency and profit margins by 20% and 26%, respectively.

Preliminary evidence from a dairy market hub approach undertaken in four districts in northern and eastern Tanzania indicates a 20% rise in milk revenues for the farmers involved, as well as long-term national effects on policy development. Substantial increases, up to 47%, in the percentage of smallholder farmers involved in dairy groups were recorded, where training on cattle husbandry and dairy business management was provided. In addition, the MoreMilkiT project played a central role in setting up Tanzania’s Dairy Development Forum, which has been taken over by local stakeholders and has catalysed the establishment of several local and regional public-private dairy platforms.

Since 2013, the Livestock and irrigation value chains for Ethiopian smallholders (LIVES) project has provided research and mentoring support and short-term training to nearly 25,000 public sector staff and value chain actors in adopting market-oriented interventions, of which nearly 25% were women. As a result, the number of households involved in livestock value chains, the number of animals and land under improved production, and the volume of outputs sold have risen by 95%, 160% and 190%, respectively.