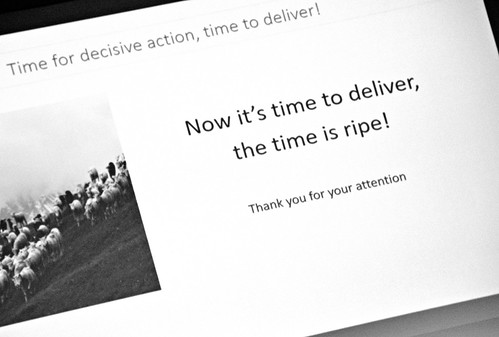 Responsible production of livestock and consumption of livestock-derived foods was at the forefront of the agenda of the tenth Global Forum for Food and Agriculture (GFFA), held in Berlin earlier this year.

On 19 Jan 2018, one of the forum’s ten expert panel discussions was held on Sustainable solutions to the livestock sector: The time is ripe! This two-hour session was organized jointly by the German Federal Ministry for Economic Cooperation and Development (Bundesministerium für wirtschaftliche Zusammenarbeit [BMZ]), the German Corporation for International Cooperation (Deutsche Gesellschaft für Internationale Zusammenarbeit, [GIZ]), the International Livestock Research Institute (ILRI), the Global Agenda for Sustainable Livestock (GASL) and the Livestock Global Alliance (LGA).

This session was moderated by ILRI Assistant Director General Shirley Tarawali. Following a welcome by ILRI Director General Jimmy Smith, Stefan Schmitz, head of BMZ’s division of rural development and food security and commissioner for BMZ’s special initiative on One World–No Hunger, launched in 2014, gave an opening speech. Some of Schmitz’s remarks are excerpted below.

The multiple stakeholders of the livestock sector have to work harder towards more responsible production and consumption of animal-based products along the entire value chain.

We [in Germany] started many years back looking at livestock and climate change. It’s a fact that the livestock-sector-generated greenhouse gases are contributing significantly to climate change.

Livestock keepers are also affected by climate change, for instance by more frequent droughts and floods. Resilience to climate change in livestock production can be built by improving water management and breeding for drought resistance.

Twenty-six per cent of the terrestrial areas of the planet are pastures. More than twenty-five per cent of the cropland is dedicated to feed and fodder production. More than half of the latter, though, is unsuitable to produce food crops.

We know that improved grazing management can contribute to grassland restoration, to carbon sequestration and to reducing deforestation.

Of the more than 750 million poor livestock keepers, about two-thirds are rural women. Women often have better access to livestock than to agricultural land. To be successful in sustainable livestock development, gender aspects have to be part of all interventions.

The Global Agenda for Sustainable Livestock was formed as a multi-stakeholder partnership in 2010–2011, a few years before the UN Agenda 2030 was developed and the SDGs were adopted.

The many stakeholders involved—in the public and private sectors, in research and non-governmental organizations, in civil society and the financial sector—have all accepted the UN Agenda 2030 and the SDGs as a common frame of reference.

So the time for decisive action is here. It’s time to deliver. The time is right. 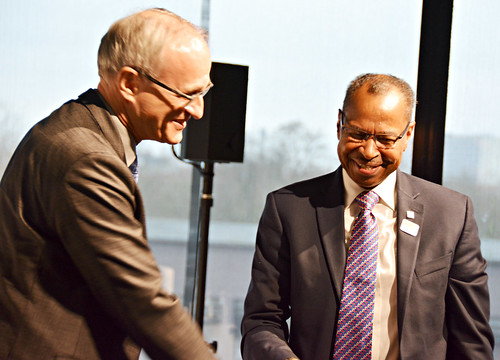 Check back here for highlights of the three presentations that followed—on livestock and climate change, human nutrition and livelihoods.

Watch a 3-minute animated video produced by Germany’s Federal Ministry of Food and Agriculture to kick off the GFFA.

Read news clippings about the GFFA

Towards a sustainable, responsible and efficient livestock sector—Jimmy Smith at the Berlin Global Forum for Food and Agriculture
ILRI News blog, 22 Feb 2018
A delegation from ILRI was involved in several of this year’s GFFA events, including the following the ‘Kick-off’ event on 18 Jan 2018, with ILRI Director General Jimmy Smith serving on the panel. Smith made the following main points in the panel discussion. ‘Although the solutions and trajectories for shifting to a more sustainable, responsible and efficient livestock future look very different, and will have very different starting points, depending on the local economy and environment, the kind of livestock raised and the system used to produce the animals, the overall aims of livestock stakeholders worldwide are similar if not the same—to produce food-producing animals in win-win-win ways that are sustainable, responsible and efficient.

Livestock are taking the limelight in global policymaking fora
ILRI News blog, 21 Feb 2018
Recognition of the importance of livestock in addressing some of the world’s greatest challenges, including meeting the United Nations’ 17 Sustainable Development Goals, has been rising sharply in recent years among leading national, political, donor and international bodies. ILRI works with many of these organizations to help ensure that the world’s many diverse livestock systems evolve in ways that are efficient, profitable, sustainable and equitable.

Animal protein virtually irreplaceable part of ‘children, young & elderly diet’: DG, FAO
Business World (India) 25 Jan 2018
The world population is expected to reach 9.7 billion by 2050 and 11.2 billion by 2100, according to a report. As a result of this growing population, consumer behaviour will also change. Now, more and more people live in cities, which unfolds more challenges in farming for middle-class people.

GFFA discusses the future of animal husbandry
The Pig Site, 24 Jan 2018
A delegation from the Ministry of Agribusiness, led by Luis Miguel Etchevehere, actively participated in the Global Forum for Food and Agriculture (GFFA). On this occasion, the German Presidency proposed as a topic of discussion, “Shaping the future of livestock in a responsible and efficient sustainable way”.

Food is Political! 33,000 tell the world they are fed up with agri-industry
ARC2020 (Europe), 20 Jan 2018
33,000 citizens—including 160 tractor driving farmers—made their way through the winter streets of Berlin on Saturday to tell the world—food is political!

Thinking ‘beyond the farm’—On Germany’s longstanding commitment to agricultural research for development
ILRI Clippings blog, 30 Nov 2017.
Stefan Schmitz delivers a short (6-minute) filmed presentation at one of several linked collaborative events, titled ‘Agriculture Advantage: The Case for Climate Action in Agriculture’, led by the CGIAR Research Program on Climate Change, Agriculture and Food Security (CCAFS) and held on the sidelines of the 23rd Session of the Conference of the Parties (COP23) to the United Nations Framework Convention on Climate Change (UNFCCC) on 7 Nov 2017 in Bonn, Germany.