It is hard to overstate the role that the livestock sector plays in ensuring food security in sub-Saharan Africa. The sector provides a vital source of income to most of the rural poor. Livestock production also provides nutritional benefits to people through their milk, meat and eggs, which are protein dense and contain key micronutrients not found in plant-based foods. Access to animal-source foods not only improves diets but also raises incomes of the most resource-poor.

But given its reliance on rain and stable temperatures, livestock production is especially vulnerable to climate change. Across Africa’s drylands, for example, livestock systems depend on water and vegetation resources that are becoming increasingly scarce. It is expected that droughts will become more frequent and intense on the continent with ongoing climate change. There is thus urgent need to develop and implement livestock-based adaptation strategies to climate change.

Livestock production both affects and contributes to climate change. In many countries in sub-Saharan Africa, the agricultural sector is the largest source of greenhouse gas (GHG) emissions, a large proportion of which comes from livestock production. These gases are generated by the specialized digestive process of cattle and other ruminant animals, by the storage and application of livestock manure, and by the production of livestock fodder. There are big and as yet underutilized opportunities to reduce these high livestock-sector GHG emissions, which are caused mostly by poor animal health and feeds, which lower the productivity of the animals. 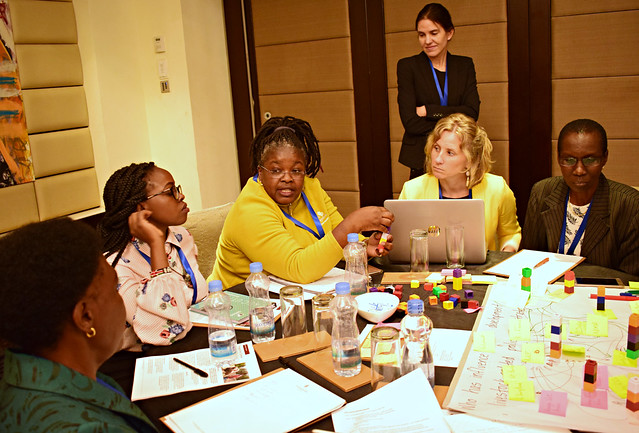 Participants at the launch of the Program for Climate-Smart Livestock Systems (photo credit: ILRI/Sarah Kasyoka).

On 28 Feb 2019, a Program for Climate-Smart Livestock Systems (PCSL) was launched in Kenya by the International Livestock Research Institute (ILRI) to support interventions to increase the contribution of livestock production to the three key pillars of CSA: increased productivity, mitigation of GHG emissions and adaptation to climate change. The program is being implemented across major livestock production systems in Ethiopia, Kenya and Uganda from 2018 to 2022. Agriculture is a target sector for emission reductions in all three countries, with Kenya and Uganda both referring specifically to CSA and Ethiopia singling out the livestock sector in its Climate Resilient Green Economy Strategy. Kenya is currently developing a proposal for a nationally appropriate mitigation action (NAMA) that aims to reduce GHG emissions from its dairy sector.

The PCSL will support governments, the private sector and local stakeholders in realizing their development objectives while also achieving their climate change adaptation and mitigation goals. It is expected that these stakeholder groups will attract further national and international investments to scale up their efforts. Through the program, key livestock stakeholders will direct their practices, sector strategies and policies and investments towards climate-smart livestock (CSL) systems. The program will also support countries in improving their reporting of their Nationally Determined Contributions (NDCs) in the livestock sector within the Paris and Katowice agreement frameworks. 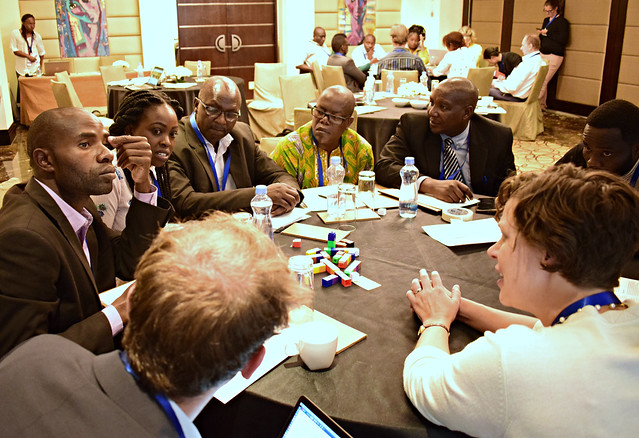 The Feb 2019 launch of the Program for Climate-Smart Livestock Systems was facilitated by Polly Ericksen, leader of the Sustainable Livestock Systems program at ILRI. Ericksen will co-lead the project with three other senior scientists at the institute: Phillip Thornton, Todd Crane and Lutz Merbold. The program co-leaders elaborated on the objectives of the project, approach and outputs during the launch.

The event drew participants from government, research and civil society who actively engaged in discussions and offered useful insights to inform the program’s implementation. Participants took part in an influence network mapping exercise (Net-Map) designed to identify the most influential stakeholders in 1) the uptake of climate-smart livestock interventions, 2) the development of livestock-related policies and strategies and 3) the national monitoring and reporting systems on climate change mitigation and adaptation in the livestock sector in Kenya and their different levels of influence in these areas. In small groups, participants identified specific stakeholders—e.g., government agencies, donor organizations, farmer groups, civil societies, research institutions and United Nations agencies—with likely the greatest influence in the three areas. The participants then drew arrows to show links and interactions among the stakeholders. Lively debates then ensued as participants sought to agree on the level of influence of each stakeholder, which were then given a number of plastic blocks to visualize this influence; stakeholders perceived to have the greatest influence had more blocks stacked against them than others. It was interesting to note that the ‘level of influence’ of a given stakeholder was often perceived differently by different participants, based at least partly on their particular institutional affiliations. 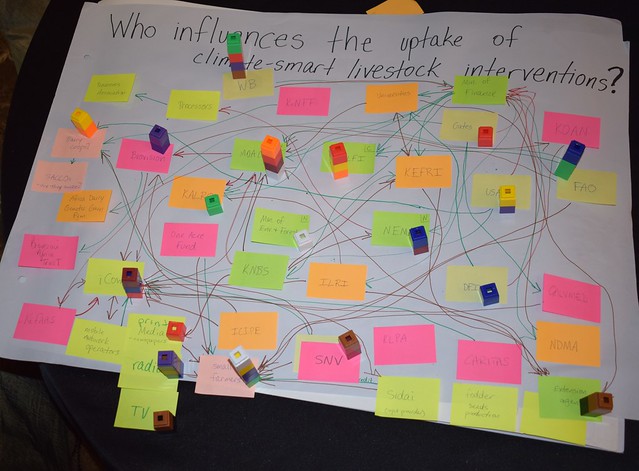 To ensure that the project is user-driven, ILRI staff will work with staff from the departments of livestock in the ministries of agriculture and with staff from the climate change units within the ministries of environment to convene multi-sector working groups of relevant stakeholders at the start of the project. These working groups will serve as ‘learning platforms’, with their members conducting learning activities and meeting regularly to encourage their sustainability. To support the design of these groups, participants identified the information needs that exist, where these stakeholders are currently getting their information and learning opportunities available in the areas of climate change and livestock production. Participants argued that more data is needed on CSA and greenhouse gas emission factors and that data on climate change should be publicly available. They cautioned that more coordination is needed among the platforms for information sharing and learning that are mushrooming or are currently under development by various entities.

As a way forward, PCSL will endeavour to map its project activities to ongoing policy and information sharing processes. Follow-up will also be made to ensure that the learning platforms have good representation from government and civil society organizations. This project aims to be a highly collaborative and productive one that will significantly increase the capacities of different stakeholders to implement interventions to support climate-smart livestock development in East Africa.

The German Federal Ministry for Economic Cooperation and Development (BMZ) is both funding this project and coordinating its overall implementation.