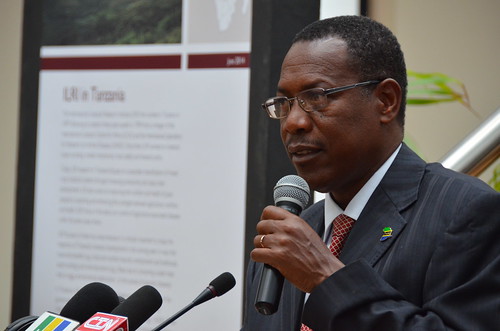 The Minister for Livestock and Fisheries Development in Tanzania, Hon Titus Mlengeya (MP), officially opened the ILRI-Tanzania country office on Friday 13 Jun 2014 in Dar es Salaam at a reception hosted by ILRI and the International Institute of Tropical Agriculture (IITA).

More than 45 guests from across Tanzania’s livestock sector and local media attended the opening ceremony.

Hosted at the IITA compound in the Mikocheni area of Dar es Salaam, the country’s largest city and the country’s commercial centre, the opening of the ILRI-Tanzania office marks an important step towards ILRI’s increased presence and engagement in the country.

The ILRI-Tanzania office is headed by Amos Omore, a senior epidemiologist who serves as the Tanzania country representative in charge of coordinating ILRI’s research in the country.

Tanzania is also a target country of the ILRI-led CGIAR Research Program on Livestock and Fish, which is working to improve smallholder dairy value chains. One of the projects under this program is ‘More Milk in Tanzania (MoreMilkIt)’, which is working with partners such as Tanzania’s Sokoine University of Agriculture to improve farmer access to feeding, breeding, animal health and credit services. 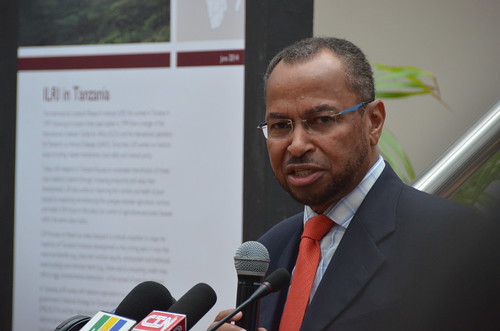 ‘Livestock is an important resource for many small-scale farmers in Tanzania, and we’re committed to helping this country’s farmers greatly improve their livestock livelihoods’, said Jimmy Smith, the director general of ILRI.

The chief guest of the occasion, Hon. Mlengeya, welcomed ILRI’s increased engagement in Tanzania saying it would ‘significantly contribute to the country’s research and development efforts towards improving livestock-dependant livelihoods’.

The minister highlighted the potential to improve people’s lives offered by the large livestock herds in the country. Tanzania is third in Africa in terms of the size of its livestock population, with 23 million cattle, 15 million goats, 7 million sheep, 2 million pigs and 60 million poultry.

‘We view dairying as an important agricultural pathway out of poverty’, said Mlengeya. He said the country had prioritized areas of focus for dairy development in the country’s eastern and southern highlands, and the northern and lake regions, to improve household incomes and nutrition.

At the event, ILRI researchers Denis Mujibi and Silvia Alonso, both based at ILRI’s headquarters, in Nairobi, and Edgar Twine, based at the MoreMilkIt project office, in Morogoro, spoke about ILRI’s on-going and upcoming projects in Tanzania. 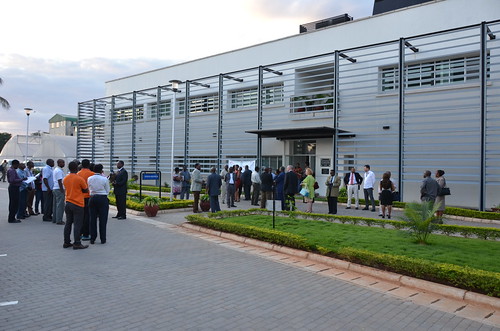 Three films were screened at this event. Produced by ILRI’s communication team, the short films record the stories of farmers in the Tanga Dairy Platform, which is improving small-scale farmer incomes from milk in Tanga, along the country’s northern coast.

The official opening of the office was preceded by a one-day field trip to Mvomero and Kilosa districts of Mororogo region, where ILRI staff, including Jimmy Smith and Iain Wright, ILRI’s acting deputy director general for integrated sciences, visited project sites of the MoreMilkIt project.

Watch a 3:47 mins filmed story of dairy farmer Fautina Akyoo on the benefits of  keeping cows for milk in Tanga, Tanzania.

Watch a 5:10 mins film on the experience of building a dairy innovation platform in Tanzania.

Read more about ILRI in Tanzania