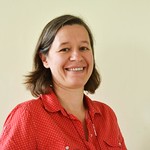 Isabelle Baltenweck was appointed leader of ILRI’s Livelihoods, Gender and Impact program effective 1 Jan 2015. Baltenweck is an agricultural economist with experience in smallholder livestock farming in Africa, Asia and South Asia, where she has worked mostly on farm-level competitiveness and value chain research for development. She leads a diverse team of scientists conducting research on livestock value chain development with a focus on smallholder competitiveness, gender research (both strategic and work to mainstream gender research in other ILRI programs) and monitoring, evaluating and assessing the impacts of work of ILRI and its partners. Baltenweck holds a PhD in development economics from Université d’Auvergne, France, and is from France. 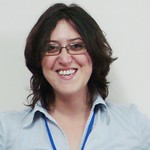 Francesca Stomeo was appointed capacity building research scientist at the Biosciences eastern and central Africa (BecA)-ILRI Hub effective 1 Jan 2015. Her role is to build the biosciences research capacity of scientists and graduate students in the east and central Africa region, in particular to support the many regional researchers who come to the BecA-ILRI Hub to conduct their own agricultural biosciences research projects. She has just completed a three-year post-doctoral fellowship in genomics. Originally from Italy, Francesca obtained a BSc in biology from the University of Pavia, in Italy, an advanced studies diploma in genetics and microbial technologies from the University of Seville (Spain) and a European Marie Curie PhD in microbiology and molecular biology at the Institute of Natural Resources and Agrobiology, of Seville, which is part of Spain’s Superior Council of Scientific Investigations. 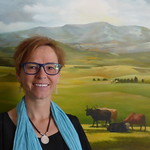 Barbara Wieland joined ILRI as team leader for Herd Health in the institute’s Animal Science for Sustainable Productivity program on 1 Jan 2015. Her work will address animal health constraints in the value chains of the CGIAR Research Program on Livestock and Fish. Wieland is a veterinary epidemiologist and has worked for the Swiss Federal Veterinary Office and as a post-doctoral fellow and lecturer at the Royal Veterinary College, in London, UK. Her research activities addressed surveillance and control of a variety of infectious diseases in Europe, Africa and Asia at herd, country and international levels. Her research interests include motivation of farmers to control diseases in their herds, work with smallholders to find ways to improve their livestock productivity, and application of risk assessment and disease modelling techniques to identify the best control options to inform a range of stakeholders, from smallholders to policymakers. Before joining ILRI, she was a program manager for animal health at the Swiss Agency for Development and Cooperation (SDC) in Mongolia, where she managed a project working with the national veterinary service to reform its structure, set up a national brucellosis control program and establish an OIE-recognized foot-and-mouth disease free zone. She is from Switzerland. 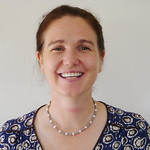 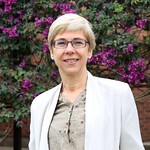 Deborah Wyburn joined ILRI as capacity development/instructional design specialist on 19 Jan 2015, after 20 years in international development. An Australian by birth, Wyburn started her career as a science teacher before branching out into computing and the private sector. This led her into taking up a position developing national databases for the Australian Agency for International Development in Indonesia and from there into a variety of jobs in Sri Lanka, Western Samoa, Bangladesh and Bulgaria. In 2010, Deborah completed a PhD in education with an emphasis on eLearning. Her field research was conducted in Sri Lanka, where she and her husband now maintain a small animal refuge for stray dogs and cats. Before joining ILRI, she worked for four years in Bangladesh bringing ICT into 18,000 secondary school classrooms across the country. She is very happy to have the opportunity to work in Kenya and other countries in Africa, which lead the developing world in the use of ICTs for development (ICT4D).