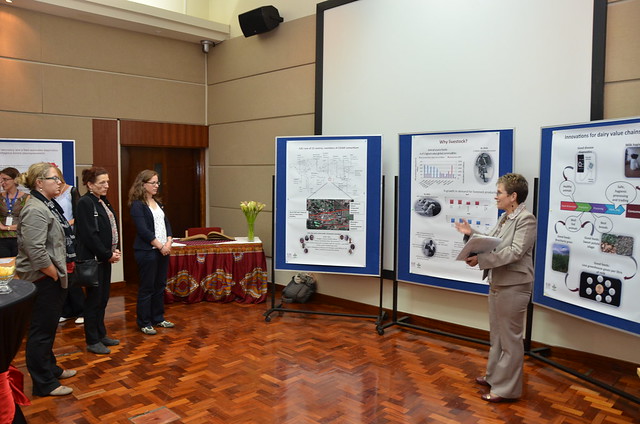 Earlier this week (16 Nov 2015) a delegation from the German Federal Ministry of Economic Cooperation and Development (BMZ) and the German Embassy in Kenya visited the International Livestock Research Institute (ILRI) in Nairobi. The visit—part of an ongoing conversation between BMZ and other German development organizations and ILRI on ways to strengthen the impacts of livestock research for development—was the latest demonstration of the long-standing commitment of Germany and ILRI to advance ‘better lives through livestock’.

German universities, research institutions and funding bodies have partnered ILRI in livestock research and development for more than four decades, starting with ILRI’s two predecessors, the International Laboratory for Research on Animal Diseases (ILRAD) in Kenya, and the International Livestock Centre for Africa (ILCA) in Ethiopia.

This year BMZ is funding more than half a dozen projects at ILRI with a total value of over €5 million. Eleven German scientists now work at ILRI, six of them based in Nairobi, including two on joint appointments with German institutions and ILRI. ILRI also hosts six African PhD students under the German Academic Exchange Service (DAAD) scholarships program and a PhD student from Germany’s Karlsruhe Institute of Technology. Two experts from Germany’s Centre for International Migration and Development (CIM) and three former CIM experts are also working at ILRI.

During the visit, researchers briefed the visitors on ongoing innovative research supported by Germany. This included research to enhance African smallholder dairy and sweet potato value chains; a novel mobile phone-linked diagnostic test for livestock diseases, including a lung disease in cattle called ‘contagious bovine pleuropneumonia’ (CBPP); research on developing and expanding use of varieties of Africa’s all-purpose (nutritious and drought-tolerant) Brachiaria, or signal grass, to improve fodder production; research on Africa’s livestock and greenhouse gas emissions and other important environmental issues being conducted at ILRI’s Mazingira Centre; and research to improve the safety of Africa’s smallholder dairy products, commonly sold in ‘informal’ markets. 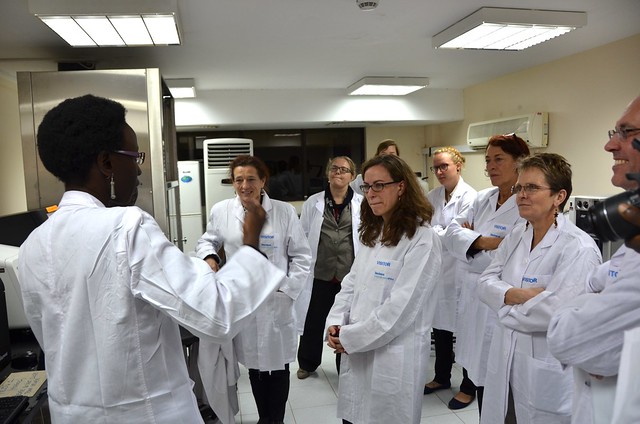 Researchers from the International Potato Center who are based on ILRI’s Nairobi campus also updated the German delegation on progress to widen the benefits of consuming Vitamin A-rich orange-fleshed sweet potato. The delegation then toured two of ILRI’s advanced laboratory facilities and resources: the Biosciences eastern and central Africa (BecA)-ILRI Hub and ILRI Biorepository.

The six members of the German delegation were Christel Weller-Molongua, GIZ division head for agriculture and rural development; Ulrike Meier, of BMZ’s special ‘One World—No Hunger’ initiative; and, from the German Embassy in Nairobi, Julia Kronberg, head of cooperation and development; Andrea Bahm, GIZ agricultural program officer; and Jacqueline Knopp and Christine Telep.