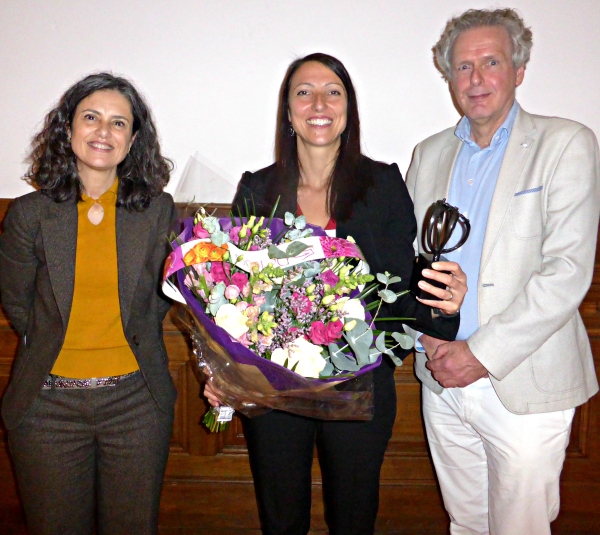 Alessandra Galiè, a social scientist specializing in gender issues in agricultural research who now works in Nairobi, Kenya, at the International Livestock Research Institute (ILRI), conducted her doctoral research in Aleppo, Syria, at ILRI’s sister CGIAR institution, the International Centre for Agricultural Research in the Dry Areas (ICARDA). This week Galiè received a prestigious award for an academic paper she published documenting how ICARDA’s participatory barley breeding program in pre-war Syria impacted women’s empowerment. Galiè wrote the paper with her PhD supervisors Janice Jiggins and Paul C. Struik, both at Wageningen University & Research, in the Netherlands; and Stefania Grando and Salvatore Ceccarelli, in Syria.

Each month an external advisory board selects a single Atlas article from research published in more than 2,500 journals to recognize research that could significantly impact people’s lives around the world. The Elsevier Atlas Award was presented to Galiè on 6 Dec 2017 during the annual scientific conference of the CGIAR Collaborative Platform for Gender Research, being held this week (5–8 Dec 2017) at the KIT Royal Tropical Institute, in Amsterdam.

From the abstract
‘Building on the empirical findings of a six-year study (2006–2011) undertaken in the context of a participatory barley breeding (PBB) programme in pre-war Syria, this paper establishes the links between women’s empowerment, seed improvement through [participatory plant breeding] and seed governance vis-à-vis household food security. The study shows how the programme enhanced the empowerment of the respondent women and how gender-blind seed governance regimes at national and international levels restricted the empowerment of these women ultimately affecting the pillars of food security.’

From the introduction
‘The study explored in depth the process of empowerment as perceived by twelve Syrian women from ten households in three villages as they became involved in the [participatory plant breeding] programme. Changes in empowerment were monitored on the basis of indicators selected in collaboration with the respondent women.’ 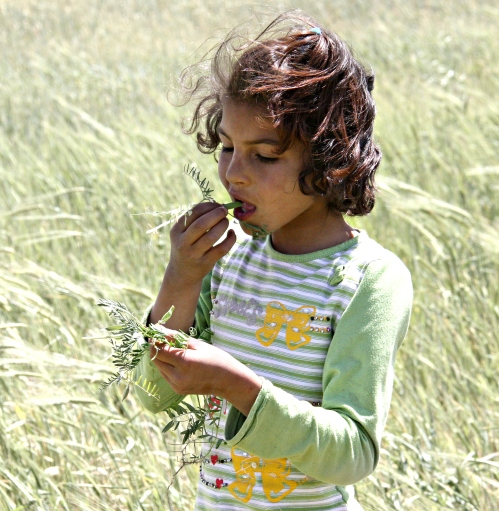 From the conceptual framework

Sen (1990) and Kabeer (1999) see empowerment as a process that can enhance the individuals’ capacity of self-determination—that is their capability of living the lives that they have a reason to value.

‘The empowerment discourse has focused on empowerment as an individual process (see, Eyben and Napier-Moore, 2009), as relational process with changes in power relations (Drydyk, 2013) or as changes in structures or institutions of power (Tsikata and Darkwah, 2014; Kilby, 2006). Kabeer (2012) emphasises that women’s empowerment must entail both institutional and individual change, that is: change in women’s consciousness, in their self-perception and in their relationship with others; change in the norms, conventions and legislation that regulate women’s rights, circumstances and their ability to make choices.’

[This study] adopts three principles of self-determination identified by Santarius and Sachs (2007): ‘recognition’, ‘distribution of resources’, and ‘access to opportunities’.

From the results and discussion

The findings show that irrespective of the gender of the respondent ‘men are considered to be the farmers and to have farming knowledge’, and ‘farming is man’s work’.

‘The respondent women were generally under-valued as farmers by both men and women, at the household and community levels. At the same time the findings reveal more nuanced gender performances between idealised and actual gender roles. The latter were susceptible to changes in daily life, based on household needs and circumstances, idealised gender identities as well as social status considerations. Young women worked as daily labourers both on and off farm; a young woman from Ajaz managed the family farm (i.e., she worked the land, sourced the inputs, sold the produce, and took decisions about the farm management) because her men folk were either too old or abroad. Deviance from behaviours considered appropriate for women was often publicly denied but practically accepted when performed with due respect to the consensus norms. This was the case of the abovementioned young woman from Ajaz who maintained that her farm was managed by her men folk. Similarly, an old woman from Souran attributed the farm management to her sons only when they were present in the room or other men were listening to our discussion. Otherwise, she stated that in her family she was the most knowledgeable about farming and was therefore in charge of it—as she demonstrated on various occasions during this fieldwork. . . .

‘The findings, therefore, show that the potential of [participatory plant breeding] in supplying varieties responding to the needs of both women and men farmers were undermined by the lack of both a release system for varieties selected by farmers in Syria and of a gender-sensitive international legislation protecting farmers’ rights to varieties.

This evidence highlights also how customary rules, coupled with a lack of gender-equal national legislation, can hinder women’s capability to assert their role and knowledge in farming, and to claim new spaces in revenue-generating and decision-making activities such as the sale of barley and variety selection through [participatory plant breeding].

‘The findings showed that a gender-sensitive [participatory plant breeding] provided the participating women farmers with opportunities for empowerment by increasing their recognition of women as farmers, enhancing their contribution to the household economy, supporting their access to information and relevant seed, and impacting on their decision making in agriculture (Galiè, 2013a). . . . 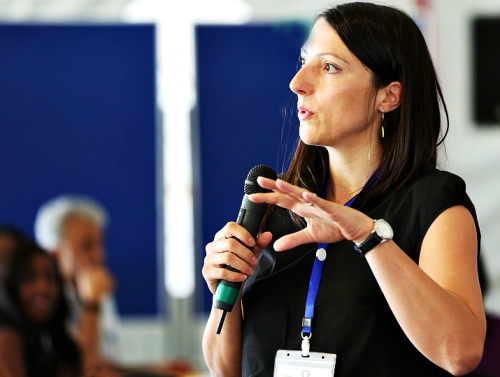 ‘The study further shows how, by accessing new public spaces and information, and open discussion of women’s roles in farming and [participatory plant breeding], new understanding of empowerment and self-determination arose, that in some cases led to a questioning of traditional gender models.

. . . [G]iven the limited set of life opportunities that the respondents perceived for themselves, it is argued [that this study’s] participatory nature, its activities targeted to empower women, and gender-sensitive methods, rather than seed improvement activities per se—opens up novel opportunities to experience new contexts and conceive different life-paths. . . .

‘Whether this can translate into actual changes in women’s circumstances is a longer term issue that this study did not assess. . . .

‘The study showed that only the intervention of the [participatory plant breeding’s] programme’s managers to rectify gender-discriminating behaviours at both village and programme levels limited the marginalisation of women from benefit sharing. It was this top-down support that transformed gender-discriminatory practices among PPB participants in opportunities for the women farmers to acquire new awareness of unequal treatment and of their right to demand fair rules. Only with the backing of the programme could they voice their demands and fear less for backlashes. . . . [The study] argues for the need to include gender considerations in international legislation regulating access to seed. . . .’ 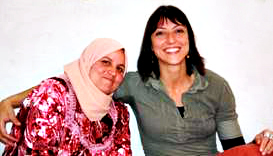 Alessandra Galié with a farmer participating in her research in pre-war Syria (photo credit: ICARDA).

This work was supported by the CGIAR Participatory Research and Gender Analysis Programme and by Wageningen University.

Read about the award and paper: Plant breeding for gender equality: How a plant breeding program empowered women in Syria, by Lucy Goodchild van Hilten, on the Elsevier Atlas site, 6 Dec 2017.