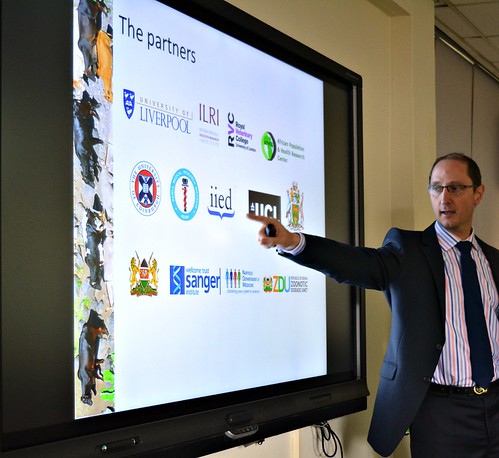 One-Health approaches to battling diseases spread to people by animals
The first scientist of two scientists to make a short presentation to Sir Mark Walport, the UK chief scientific adviser, on his 15 Jul 2015 visit to the International Livestock Research Institute (ILRI), in Nairobi, Kenya, was Eric Fèvre, a veterinary epidemiologist and joint appointee at ILRI and the Institute of Infection and Global Health at the University of Liverpool. Fèvre manages several field-oriented research projects on neglected zoonoses on behalf of the CGIAR Research Program on Agriculture for Nutrition and Health.

Zoonotic diseases, which are transmitted between animals and people, have cost global economies more than USD20 billion in direct costs over the past decade, with a further USD200 billion in indirect costs.

Fèvre explained that human population growth, rising demand for meat and dairy products and climate change are driving a rapid transformation in the nature of livestock production systems. ‘This poses a potential threat to human and animal health because many diseases can be passed from wild or domesticated animals to humans. Interventions to control these zoonoses require concerted action between the veterinary and human health sectors because they affect both people and animals.

Zoonoses in Livestock in Kenya (ZooLINK)
Fèvre went on to introduce his ZooLinK project in Kenya. ‘Continuing changes to livestock production systems in Kenya and elsewhere to satisfy increased demand for livestock products affect the risk of zoonoses and other infectious diseases’, he said.

The most important changes are the commercialization and intensification of what was previously subsistence farming, changes in trading patterns (e.g. the distances that livestock and their products are transported) and changes in favoured breeds. There is pressing need for good surveillance of zoonoses in order to establish their true burden, how that is changing and to support control measures. 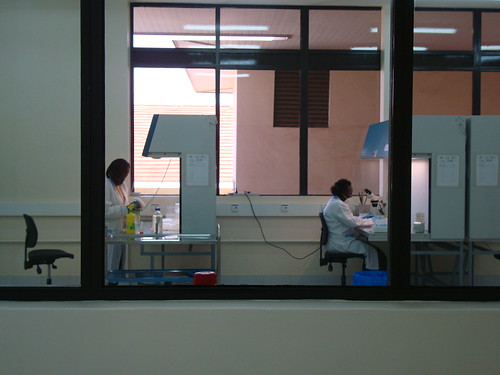 One of the state-of-the-art laboratories at the Biosciences eastern and central Africa-ILRI Hub, which Sir Mark Walport visited (photo credit: ILRI/Susan MacMillan).

‘Researchers from the UK and Kenya are joining forces with Kenya government departments to provide evidence that an enhanced surveillance system can contribute to improving public health in a cost-effective manner. They will achieve this by increasing awareness of zoonoses, improving diagnostic support (including developing new diagnostic assays), enhancing the recording, storage, analysis, interpretation and sharing of data, and by bringing about closer integration between the human and animal health sectors.

‘During the five-year project, researchers working in western Kenya will closely monitor, model and optimize the enhanced surveillance system’s performance and under-take a comprehensive economic analysis of the activities. The evidence will contribute to a better understanding and anticipation of changes in zoonotic disease burdens and to recommendations for effective interventions.

The research will also provide a platform for Kenyan public and animal health workers to get hands-on training and to become familiar with a ‘One Health’ approach to disease surveillance, creating a cadre of individuals with first-hand experience of this way of working—leaving a lasting legacy in its own right. 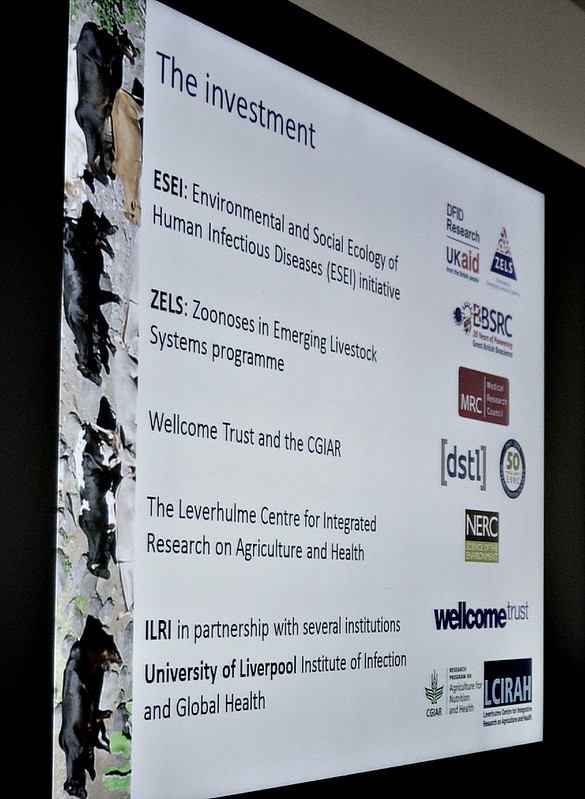 Fèvre’s collaborators from the UK include the universities of Liverpool, Edinburgh and Nottingham and the Royal Veterinary College. The partners in Kenya include the Kenya Medical Research Institute (KEMRI) and the University of Nairobi as well as ILRI.

Watch the slide presentation below.