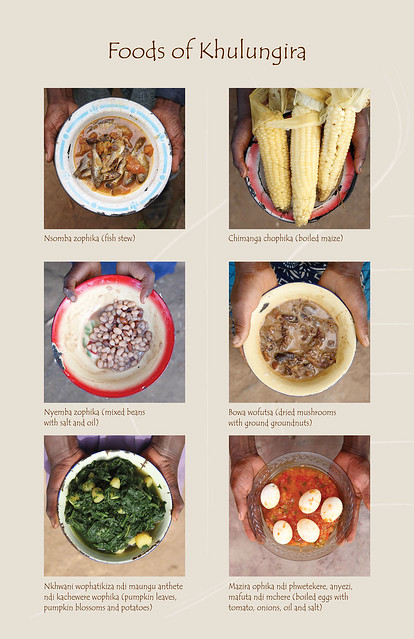 A unique dataset covering land use and production data by more than 13,000 smallholder farm households in 93 sites in 17 countries across sub-Saharan Africa is described in a paper recently published by the Proceedings of the National Academy of Sciences (PNAS). Mark van Wijk, a scientist at the International Livestock Research Institute (ILRI), led the study with other colleagues from ILRI and partner institutions. Excerpts from the paper, and its key messages, follow.

Using only three explanatory variables (household size, number of livestock, and land area), we were able to predict correctly the agricultural determined status of food availability for 72% of the households, but the relationships were strongly influenced by the degree of market access.

Our analyses suggest that targeting poverty through improving market access and off-farm opportunities is a better strategy to increase food security than focusing [only] on agricultural production and closing yield gaps.

Recognizing and understanding diversity among smallholder farm households in sub-Saharan Africa is key for the design of policies that aim to improve food security.

These results show there is a strong need for multisectoral policy harmonization and incentives and improved interconnectedness of people to urban centers and diversification of employment sources, rather than a singular focus on agricultural development of smallholder farmers in sub-Saharan Africa.

‘Achieving sustainable food security (i.e., the basic right of people to produce and/or purchase the food they need, without harming the social and biophysical environment) is a major challenge in a world of rapid human population growth and large-scale changes in economic development. In sub-Saharan Africa (SSA), production on smallholder farms is critical to the food security of the rural poor and contributes the majority of food production at the national level. National policies and local interventions have profound impacts on the opportunities and constraints that affect smallholders.

However, policy frameworks that aim to improve food security and rural livelihoods in the developing world face many uncertainties and often fail.

‘The formulation of effective policies needs adequate information on how different options affect the complex issues surrounding food security and sustainable development. A complication in generating such information is the large diversity within and among smallholder farming systems. Agroecological conditions, markets, and local cultures determine land use patterns and agricultural management across regions, whereas within a given region, farm households differ in many ways, including resource endowment, production orientation and objectives, ethnicity, education, past experience, management skills, and in the farm households’ attitude toward risk.

Policies by their nature have to be widely applicable, but recognizing this diversity in farm households is key to designing more effective policies to help poor farmers.

Understanding the main drivers of household diversity and their relationship with livelihood strategies can help to better codesign and target agricultural innovations.

‘In this study, we brought together cross-sectional farm household characterization data from 93 sites in 17 countries of SSA. Such a large database provides an immensely rich resource to derive descriptions linking indicators of food security and land use to the socioeconomic and biophysical environment of the smallholder farmers. We use these data to develop a simple farm household performance indicator that is robust and can be calculated based on the household information collected in different surveys. . . . ‘

Some excerpted statements from the paper

Key messages from the discussion section
Bridging yield gaps is important, but improving market access is essential
‘Consumption of food crops produced on the farm forms the base level of energy supply in all smallholder farms, but most farm households start selling food crops before the households’ consumption reaches food self-sufficiency. Farm households sell produce even when they do not produce enough food to be self-sufficient: 83% of the farm household sell part of their crop produce, and only 4% of the farmers do not sell anything of their crop or livestock produce. Thus, market access is crucial to ensure or improve the livelihoods of these families.’

Livestock matter for both the poor and the rich
‘Livestock provided roughly 20% of the energy of the households. A clear shift in livestock species was observed: the poorest farmers rely on poultry, and those with better [food availability] own cattle. This shift follows what has been described as the “livestock ladder” across different farms. The livestock ladder depicts a system that poor smallholders can use to ascend from keeping small-stock to acquiring larger animals, so a dynamic change over time within the same smallholder farm. Our results show that the upper rungs of the ladder are associated with better [food availability]. However, the ladder does not show whether limiting resources, for example, fodder availability, will limit the ability of farmers to climb the ladder .’

Simple models and indicators are needed for targeting and upscaling policy and development
‘When farmers have good market access, the size of the farm needed to produce and/or purchase enough food to feed the family secure can be small. . . .’

More land does not automatically mean more food is available throughout sub-Saharan Africa
‘[A]cross these different ranges, land productivity systematically declined with an increase in cropland holding. . . . [M]edium size farms are most efficient per unit area. . . . [W]here there is no land constraint and where there is no market access (e.g., in semiarid regions with low population densities), . . . the only way to become food secure . . . is through livestock holdings . . . .’

Targeting more than agricultural development is a necessity
‘[R]ural development in [sub-Saharan Africa] has to be more than closing yield gaps and agricultural development per se. Connecting people to urban centers and generating other employment sources will directly affect food security in a manner that boosting production cannot. As discussed earlier, farmers start selling produce at levels below fulfilling food self-sufficiency, and increasing productivity of food crops will only lead to substantial improvement in food security if cash crops and intensified livestock production can take place, both needing good market access. . . .’