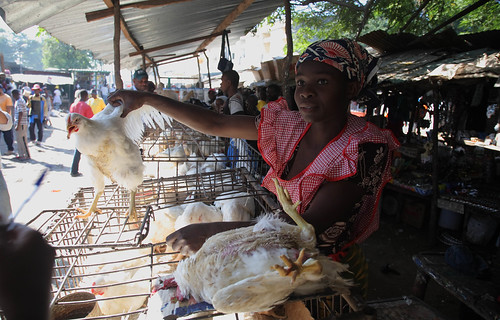 Where do the world’s cattle, chickens, pigs live? Check out these cool maps (sheep and goats coming), 11 Feb 2015

The meat we eat, the lives we lift–Opinion by ILRI director general Jimmy Smith, 26 Feb 2015

WILD: Take a look at some of the ‘Women in Livestock Development’, 3 Mar 2015

First global map of the rising use of antimicrobial drugs in farm animals published in PNAS, 25 Mar

Managing the most nutritious, and riskiest, foods in the informal markets of developing countries, 11 Apr 2015

Climate change impacts on livestock: ‘This information does not exist’, 16 Jun 2015

The rise of antimicrobial resistance (lethal) and animal agriculture (critical): Their links in developing countries, 18 Jun 2015

A look at multi-stakeholder (aka innovation) platforms: From Africa RISING to MilkIT to imGoats to Humidtropics, 7 Jul 2015

Just how much gas does Africa’s livestock produce? A new environmental lab sets up to find out, 12 Aug 2015

‘Soft’ science at ILRAD/ILRI: A lively look back at three decades of veterinary epidemiology for development, 24 Aug 2015

Creating an enabling environment for livestock development in Ethiopia, 9 Sep 2015

Nyando climate-smart villages are home to a mix of technologies tailored to boost farmers’ ability to adapt to climate change, manage risks and build resilience. These technologies will in turn improve livelihoods and incomes. Photos S.Kilungu (CCAFS)

The ‘year of meat’: Tamar Haspel, Bill Gates and others weigh in on the good, the bad and the ugly—and end up siding with ‘a little moderation and more innovation’, 30 Dec 2015