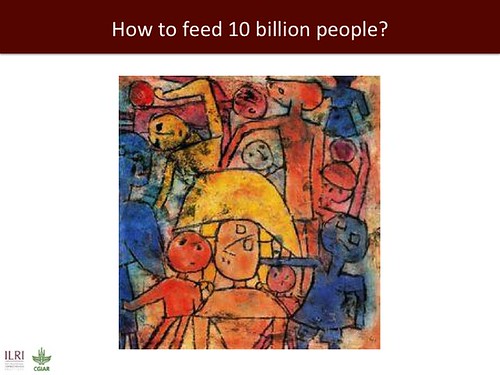 Smith’s plenary keynote, given as part of a series of ILRI activities to mark the 40-year anniversary of the institute, was titled ‘Livestock policy paradoxes: Promulgating a crisis? Or providing a solution?’

Below are his main points. You can view his whole slide presentation here.

As the world looks towards the future, considers the new sustainable development goals and the prospect of feeding at least 10—maybe more—billion people, it is important that we consider what we have learned from the recent past and how that might inform the coming decades. This presentation considers the lessons of the food price crisis in 2007/08 and translates these, and other trends and policies, into policy-related propositions concerning in particular the livestock sector and its role in food security.

First, let’s consider some of the broad issues emerging from the global food price crisis of 2007/08—less than ten years ago.

Some of the issues that promulgated the crisis

Image credits: Azzaharahman (via Instagram) and Cow Butcher Diagram–‘Use Every Part of the Cow’ cuts of beef poster (via Etsy). 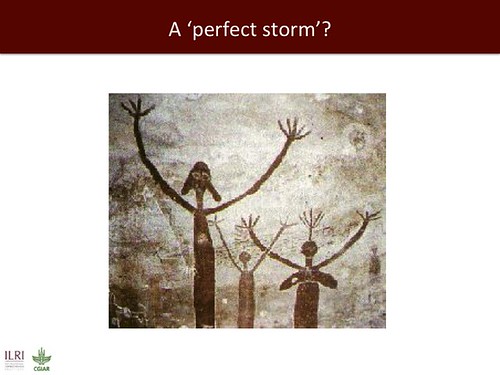 Image credits: Marc Chagall, ‘A Wheatfield on a Summer’s Afternoon’, 1942 (via Wikiart) and Brian Cairns, ‘Eggs’ (via briancairns.com).

What did we learn?

Benefits to producers and consumers were mixed, but the poor, as usual, lost out: 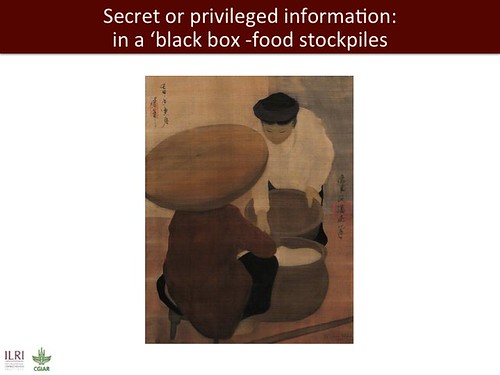 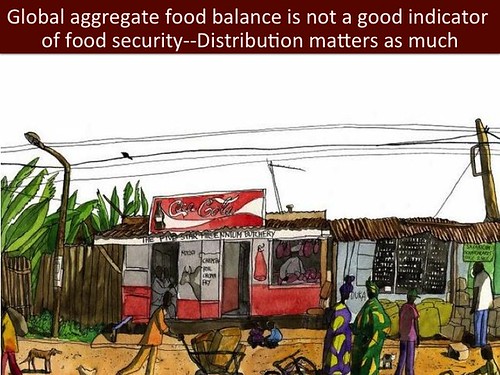 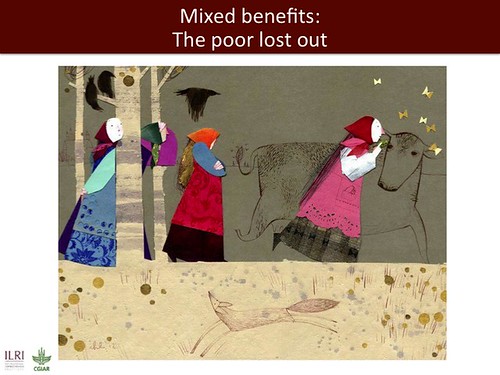 The overriding lessons is that policies that ignore the role of agriculture in food production are dangerous and have major ramifications. 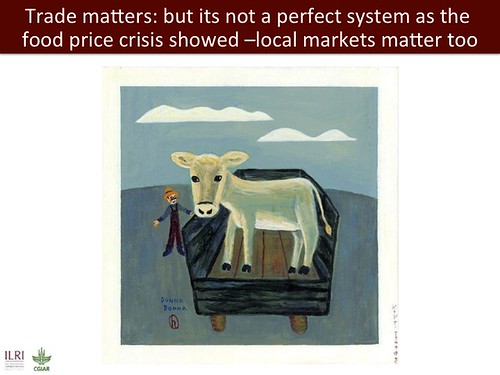 If we consider the livestock sector, it is pertinent to consider if there are opportunities to apply such lessons and thus avoid a similar crisis in future. Now is the time to do this. Although the global livestock sector is highly diverse and any generalizations we make may mask that diversity, there are some striking parallels that should sound warning bells. 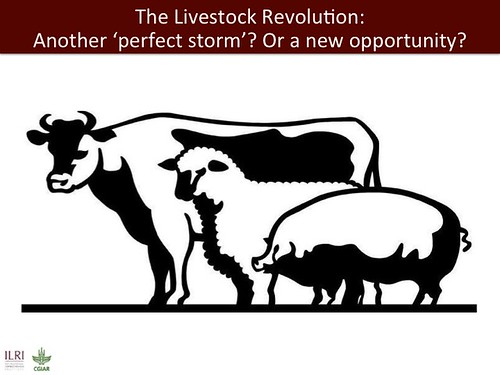 Is it another ‘perfect storm’?

1 Those that provide an enabling environment for smallholder livestock farmers to be more competitive (such as scale-neutral policies that don’t discriminate against local markets). 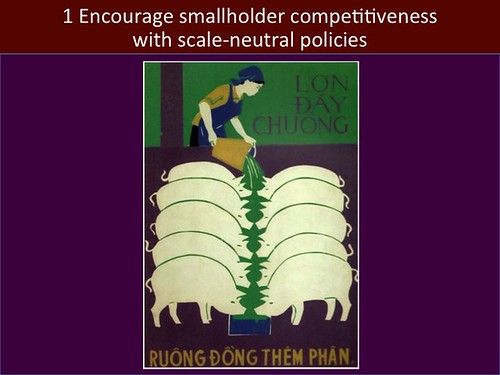 2 Those that use livestock market trends to help transform rural economies by supporting smallholder farmers and herders. 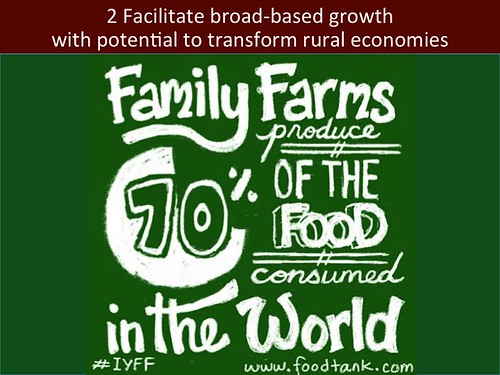 Image credit: ‘Family Farms Produce 70% of the Food Consumed in the World’ poster (via foodtank.com).

3 Those that support local, informal livestock markets, where most livestock products are being sourced in developing countries (the supermarket sector is growing, but slowly). 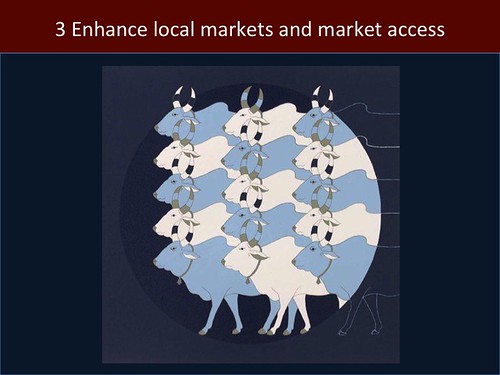 4 Those that attend closely to relationships between animals and people and that take into consideration the threat of zoonotic emerging and re-emerging diseases that arise when people and animals live in close proximity. 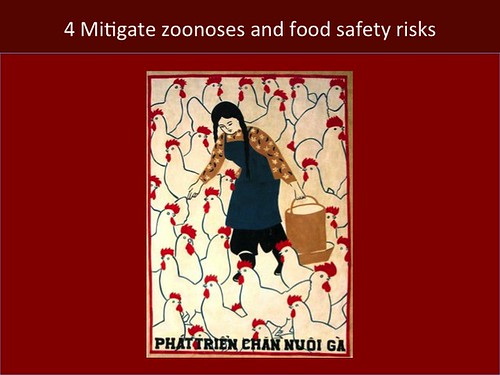 5 Those that ensure environmental issues are taken fully into account. Increasing concentration of livestock enterprises, often separated from sources of livestock feed, can result in nutrient loading (as seen in Europe and the US, as well as in Southeast Asia). There are opportunities for smallholder livestock enterprises to intensify—become more efficient—without damaging the environment. Appropriate incentives and supporting technological interventions could make a major difference to the future impact of the livestock sector on the environment. 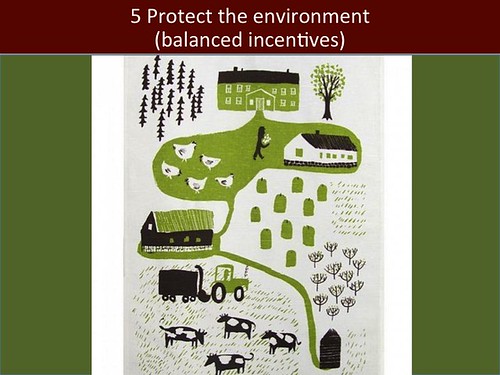 Visit ilri.org/40 to find out about all the ILRI@40 events.
A playlist of all our videos of the ILRI@40 Addis event is on Youtube.

Blog posts about other ILRI@40 events: