Note: This is the ninth in a series of articles on
‘Curds and goats, lives and livelihoods—
A dozen stories from northern and eastern India‘.

By Jules Mateo and Susan MacMillan,
of the International Livestock Research Institute (ILRI)

This is the second of three reports on a Mar 2016 ICAR–ILRI communications workshop held at ICAR’s New Delhi research complex.

A communications workshop co-sponsored by the International Livestock Research Institute (ILRI) and the Indian Council of Agricultural Research (ICAR) was held on 4 March 2016 in New Delhi, India. 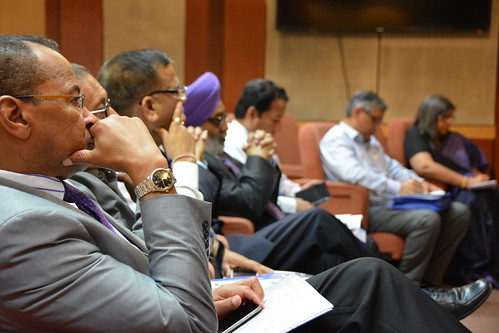 Similar to the preceding session on communicating research outputs (focus area 1), focus area 2 was divided into six 10-minute presentations/case studies from scientists and communications specialists from ILRI and ICAR.

A presentation on ‘livestock awareness and advocacy by working with media’ was presented by Susan MacMillan, who leads the awareness and advocacy team at ILRI. MacMillan talked about news media, the traditional form of news outreach, which has an institutional voice and is heavily produced and vetted by institutes. She said this traditional form of news is changing fast. With most news now appearing in both print and online vehicles, the boundaries between news media and social media are blurring. She stressed some media principles, such as the public’s right to know and keeping public awareness work separate from public relations. She highlighted the importance of visuals (infographics, videos, etc.) to complement news articles. She argued that it’s critical for voices of ‘the South’ to be distinct from those of ‘the North’. She urged the workshop participants, all of whom were communicators of one kind or another, to keep reinventing their writing styles, to as to keep them fresh and interesting. ‘You are not allowed’, she said, ‘to be boring in the name of agricultural science’.

In another presentation, MacMillan talked about her experience in using social media to engage and influence livestock stakeholders. As ILRI’s awareness and advocacy team leader, she talked about the social media platforms that she contributes to and manages for ILRI. She described social media work as less in need of ‘institutionally vetting’ as traditional news media work. ‘Social media publishing tends to be ‘conversational’ and ‘self-correcting’, she said (when you publish an error, you can simply apologize and correct it in your next message). To succeed on social media channels, MacMillan said, it’s important to be social, responsive, acknowledging and generous. She recommended that communicators be selective in the number of platforms and tools they use, so as not to become overwhelmed. During the group discussion, participants agreed that despite the advances in communications technologies, ‘content is still king’.

The use of social media at ICAR was presented by Mitali Ghosh Roy, from ICAR’s Directorate of Knowledge Management in Agriculture (DKMA). Roy said that ICAR currently uses three social media channels—Facebook, Twitter and YouTube—to promote events, education, opportunities and facts and figures and to engage audiences. Use of social media has given ICAR a wider reach, she said: the council has visitors from 45 countries, 17% of whom are women. In social as in other media work, Roy said that content is still ICAR’s top priority. But mobilizing relevant and good-quality content remains one of their challenges. 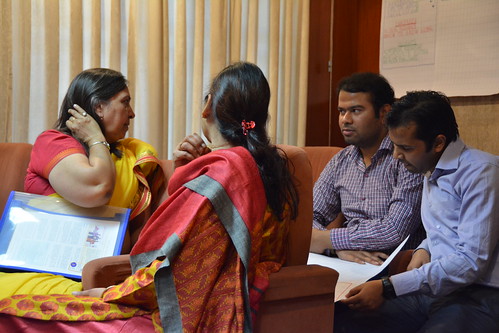 Aside from engaging with farmers, partners and other stakeholders, ILRI and ICAR, like most agricultural organizations, hope to influence policymakers through evidence-based research and advocacy communications. There is always the hope that the results of rigourous research will be considered and used by policymakers in drafting legislations to promote agricultural development and improve farmers’ lives and livelihoods. For the workshop’s second focus area, three presentations focused on case studies in different states in India.

The story of India’s success in smallholder milk production—the ‘Operation Flood’ case story, was presented by Jignesh Shah, of India’s National Dairy Development Board (NDDB). He described India’s exponential growth in milk supply, from a national initiative created to address the country’s milk shortages in the 1950s and 60s to efforts to increase milk production in the early 70s by bringing milk from rural areas to satisfy urban demand. According to Shah, India’s 1964 ‘White Revolution’ followed a productive model—a layered system of milk production and collection that spread from districts to states to national levels. This system proved highly successful in several ways, such as by generating excess milk supplies, increasing the market share in four metro cities and increasing funds for loans and grants for smallholder milk producers. Importantly, this White Revolution benefitted urban as well as rural communities through what Shah called ‘holistic’ rural development.

Participants in the following discussion group attributed part of the success of Operation Flood to effective local governance, a pro-active approach and a good understanding of the stakeholder needs. The participants suggested that ICAR and ILRI consider working together on a cooperative structure for livestock products such as meat and on indigenous breeds of dairy cattle. 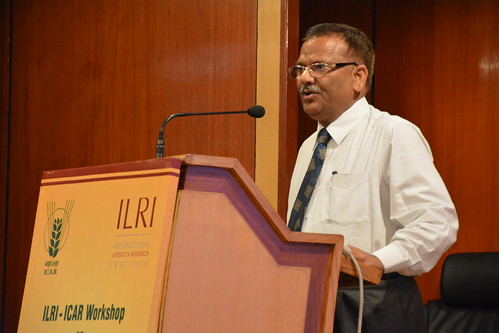 RK Singh, director of ICAR’s Indian Veterinary Research Institute (IVRI), presented highlights of ICAR’s animal health research, using case studies from India, particularly on improved control of rinderpest control in cattle and buffalo, pestes des petits ruminants (PPR) in small ruminants and diseases of horses and asses; development and deployment of livestock vaccines; and the pests that transmit livestock and zoonotic (animal-to-human) diseases. Singh argued it was imperative to create more public awareness of the benefits of livestock disease control and to engage more with policymakers, who need brief content for their decision-making. 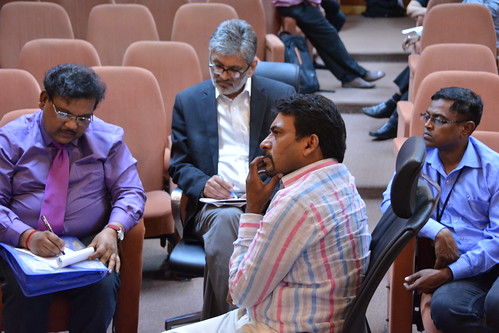 V Padmakumar, an ILRI scientist based in Hyderabad, showed how research evidence can be used to influence agricultural policies. He described ILRI-partner work to improve control of classical swine fever (CSF) in Nagaland, where high pig mortality was compounded in that state’s remote areas by lack of animal health services and inadequate supplies of livestock vaccines. To address these problems, ILRI and partners conducted a participatory epidemiological study and economic loss assessment, with a focus on vaccine delivery, storage and use. A policy brief was distributed to raise awareness, a stakeholder consultation was carried out to gather inputs, and a policy roundtable was held to get the attention of decision-makers.

As a result, the Government of India initiated a national program to control classical swine fever, licensed cell culture work needed for the production of this vaccine, and generally supported the vaccine’s mass production. Additional support for this government initiative came from a Tata–ILRI livestock-research-for-development partnership, which trained village workers in providing animal health services.

This is the second of three articles reporting on the ICAR–ILRI communications workshop. Read the first: Getting the (science) word out: ILRI and ICAR share livestock communications and knowledge management practices.

View the ILRI slide presentations on news and social media.

Read previous parts in this blog series: Curds and goats, lives and livelihoods—A dozen stories from northern and eastern India

Visit ILRI News for a series of articles on ‘Curds and goats, lives and livelihoods—
A dozen stories from northern and eastern India’.

View all photographs of the workshop in this ILRI Flickr photo album.