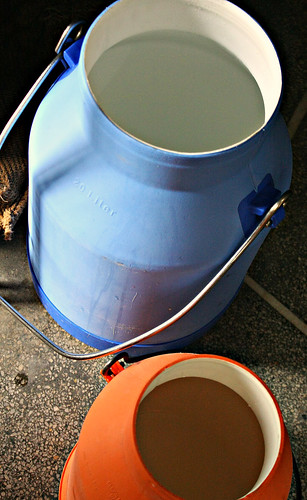 Note: This is the third in a series of articles on
‘Curds and goats, lives and livelihoods—
A dozen stories from northern and eastern India’.

PART 3: Culture of the cow: Curds in the city—
Better living through smallholder dairying in northern India 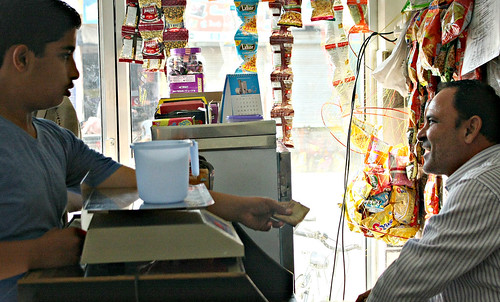 Meet Balinder Kumar, proprietor of the Surta Dairy Shop, one of hundreds if not thousands of such small shops in the city of Karnal, in India’s northern state of Haryana. Every street in this city of nearly 300,000 people is reported to have at least 3 to 4 dairy shops. Here, in India’s most famous dairy city, where the famed National Dairy Research Institute (NDRI) is based, milk-based foods are the foundation of every meal.

Six months ago, Mr Kumar was a farmer trying to make a living off the milk he sold from his dozen buffalo cows and 15 dairy cows. It was hard to make a profit selling milk, so he opened a dairy shop in the city to sell fresh milk, curd, butter, cheese, milk sweets and other dairy products. His wife and mechanical engineer brother are his partners, his wife tending the animals kept in a nearby village farm and his brother helping him upgrade and maintain his farm and shop equipment.

With the help of staff at NDRI, Mr Kumar got training in milk product processing and purchased a multi-purpose dairy machine, costing 55,000 Indian rupees (about 950 US dollars), with which he now makes a variety of products in the back of his shop.

He opens his shop daily at 7am and does a brisk business all day selling fresh milk, curds (dahi, made by adding an acidic component such as lime juice or vinegar to curdle the milk and then filtering the solids from the whey), paneer (after draining the curds in muslin or cheesecloth and pressing out the excess water, the resulting paneer is dipped in chilled water for 2–3 hours to improve its texture and appearance), yoghurt (produced by bacterial fermentation of milk), lassi (a sweet or savoury blend of yogurt, water, spices and sometimes, fruit), ice cream, butter (made by churning fresh or fermented cream or milk, to separate the butterfat from the buttermilk), ghee (a form of clarified butter prepared by simmering butter churned from cream and removing the liquid residue), and more. 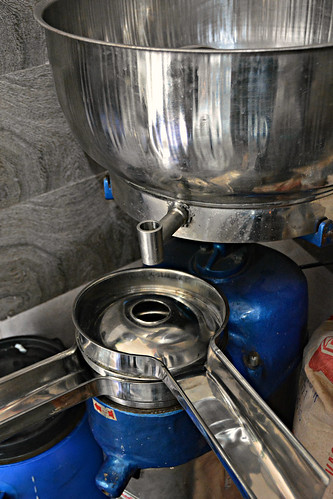 Like most dairy products in India today, Mr Kumar’s products are unbranded. Reputations here are still made (and unmade) by word of mouth. And until recent years, most of these products were still made in the home, and mostly by women. But as India modernizes, and more and more people move to the cities and find employment, there is more and more demand for lightly processed milk-based foods supplied by neighbourhood shops like Mr Kumar’s.

More and more people are too busy to make curds and other dairy products themselves, so they come to my shop and others like it every day to buy their milk foods.
—Balinder Kumar

As milk is the basis of the diets of most people here, that means good business for Mr Kumar. And as the country’s population and appetite for dairy grows, so will his business. 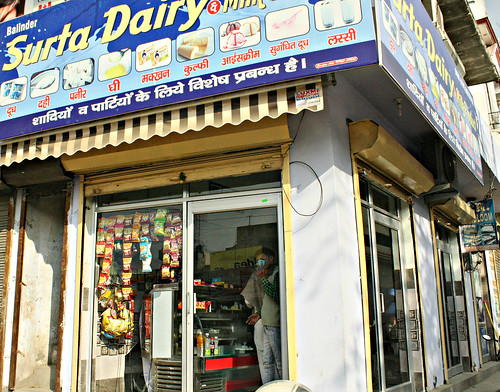 It’s obvious on our visit to his shop, called Surta Dairy (named after Mr Kumar’s father, Surta Singh), that Mr Kumar’s reputation is as solid as his new business. Asked if he is happy that he made the large investment in his multi-purpose dairy machine, Mr Kumar nods emphatically. While he was making little profit selling his surplus milk to middle men along the dairy value chain in his peri-urban village, he said, the added-value products he’s now selling in his urban dairy shop are generating a relatively large, and growing, profit for him and his extended family. 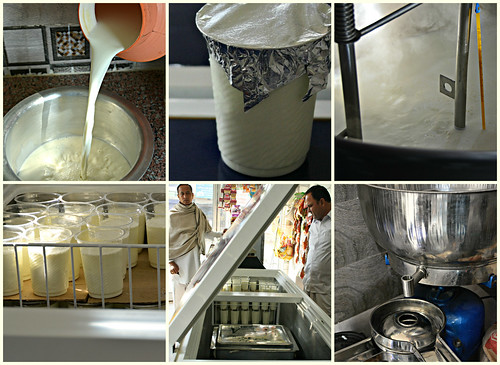 With many thanks to our guide for the morning, Ajay Kumar Yadev, of the Dairy Technology Department of the National Dairy Research Institute, in Karnal.

One thought on “Culture of the cow: Curds in the city—Better living through smallholder dairying in northern India”