Note: This is the seventh in a series of articles on
‘Curds and goats, lives and livelihoods—
A dozen stories from northern and eastern India’.

In recent years, scientists of the International Livestock Research Institute (ILRI) have been working with institutional partners and local farmer organizations in Odisha, a large eastern state of India on the Bay of Bengal, on research to improve the feed and fodder resources readily available to smallholder livestock keepers. ILRI conducted this collaborative research through a CGIAR Cereal Systems Initiative for South Asia (CSISA) aiming to increase and sustain small-farm productivity in selected regions of Bangladesh, India and Nepal. 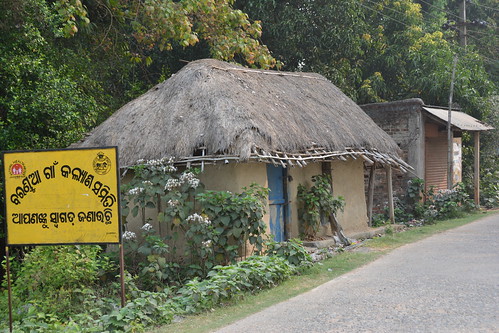 Dairy businesses around the city of Bhadrak, in northern Odisha State, are growing (ILRI/Susan MacMillan).

As part of an ILRI photojournalism trip to India undertaken in early Mar 2016, the authors visited a town on the outskirts of Bhadrak, a city in northern Odisha, to capture a bit of what the ILRI-led CSISA work has accomplished for small-scale dairy farmers in the area. 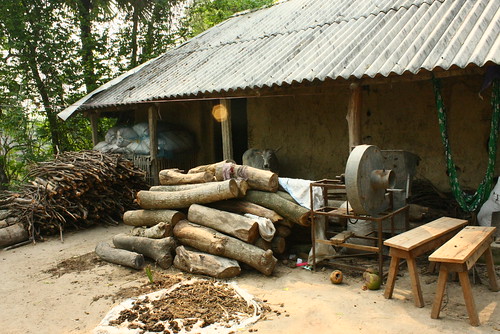 Dairy cows are kept in sheds and well cared for and fed (ILRI/Jules Mateo). 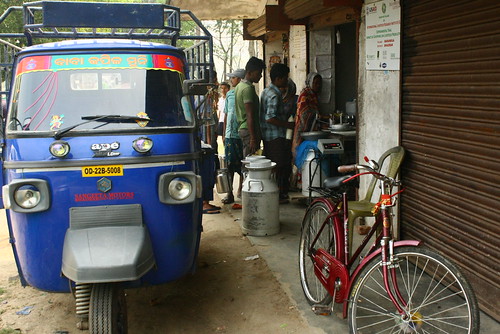 First stop was a milk collection centre located in a village on the outskirts of Bhadrak, where customers carrying milk were queuing. This centre is run by a paravet woman who received dairy training from ILRI and local partners in the CSISA project. In addition to collecting milk, the centre provides the dairy farming community with concentrate feeds and good-quality cow and buffalo semen. 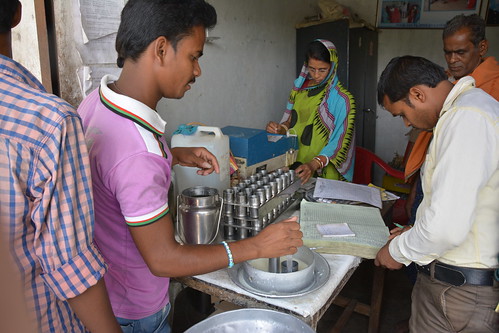 Concentrate feeds and cow and buffalo semen are also available at the centre (ILRI/Susan MacMillan).

A block away was the team’s second stop, a large fodder farm growing various types of improved fodder plants and grasses, which are sold, cut and carried to local dairy cows and buffaloes. 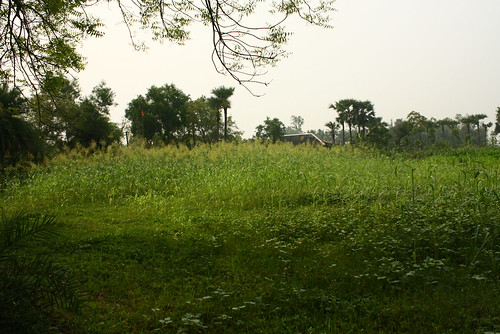 A tract of land for growing fodder for dairy cattle (ILRI/Jules Mateo).

Next on the tour was a nearby integrated crop-livestock farm. And ‘integrated’ it truly was—with just the animal husbandry operations including several milk cows, daily cheese-making in the household kitchen, chickens pecking the earth at the front of the compound, and six large fish ponds at the back of the house, behind the cow stalls. 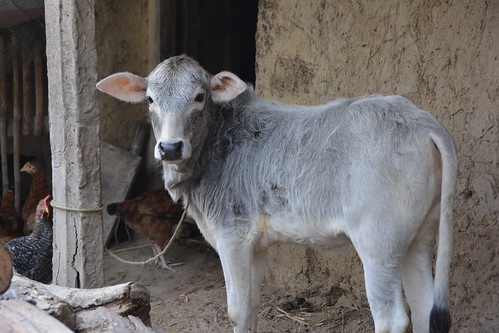 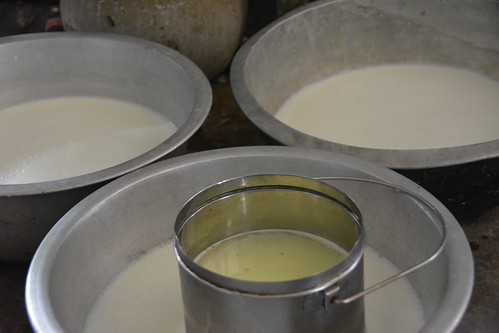 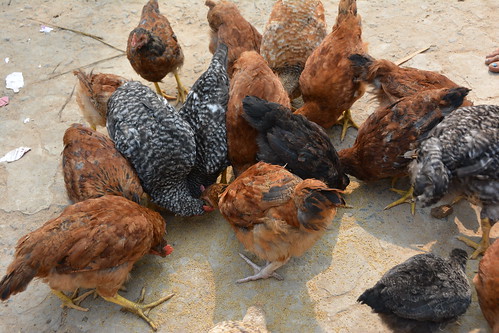 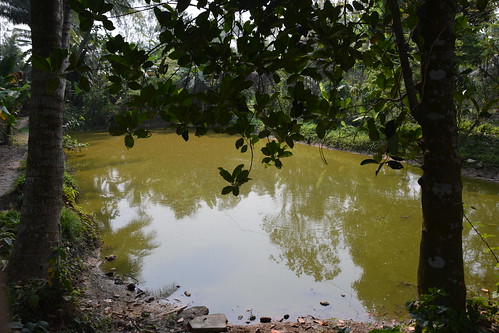 Like most smallholder producers, this integrated farm is a family-run business: everyone, every day, helps to raise the animals, feed the fish and make the cheese. The matriarch heading this household runs a tight ship and appears to have good, if ambitious, business sense. When complimented on her efficient, profitable and environmentally friendly integrated farm, she responded, ‘It’s hard work. I don’t sleep well at night’. 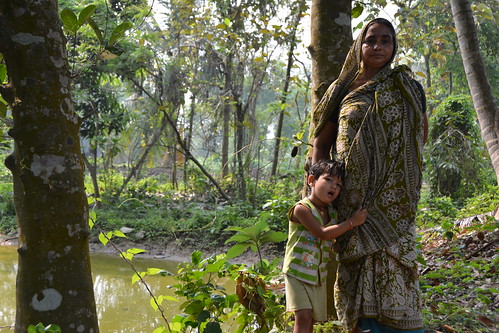 The matriarch of the family who manages an integrated farming business (ILRI/Susan MacMillan).

The next stop, again only a few blocks away, was another farm, this one with dairy cows chewing their cud and grains drying in the sun at the front of the compound. The man who headed this household and led its dairy business work showed us an enclosed pen where he kept several prized milking cows. In a room next to the pen he stored a chopping machine, manufactured under ILRI’s direction, that he uses to cut fodder into small pieces for easier consumption and digestion by his milk cows. 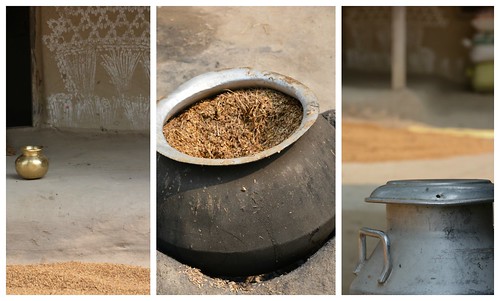 Grains and milk in a farmer’s yard (ILRI/Susan MacMillan).

An ILRI-developed chopper is used for cutting fodder for dairy cows (ILRI/Susan MacMillan).

A milk chilling centre closer to the city proper was the team’s fifth and final stop for the morning. Inside a small single room, the centre’s modern freezer, vats and other milk storage equipment loomed large. The evening and morning milk delivered here by local farmers are chilled and trucked daily to Odisha’s capital, Bhubaneswar. 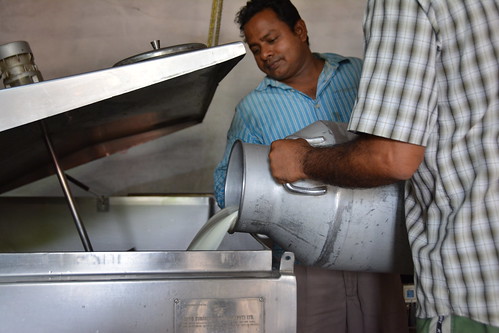 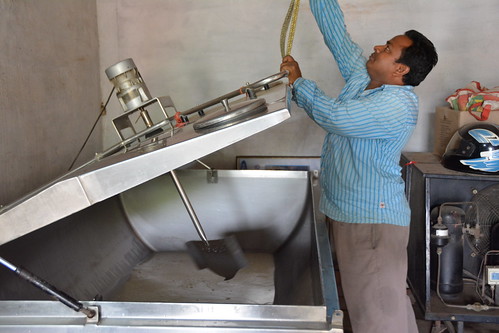 A milk chilling centre on the outskirts of Bhadrak (ILRI/Susan MacMillan).

Note:
On 8 Mar 2016, ILRI Director General Jimmy Smith, his wife Charmaine Smith, ILRI Representative in South Asia Alok Jha, and ILRI research project leader Braja Swain paid courtesy calls on senior government and university officials in Bhubaneswar, the capital of India’s eastern state of Odisha. The ILRI delegation met with the Chief Secretary, AP Padhi, and the Secretary for Odisha’s Fisheries and Animal Resources Development (F&ARD) Department, Bishnupada Sethi, to discuss the state of the livestock sector in Odisha and contributions ILRI could make in improving the lives of farmers dependent on livestock.

ILRI has recently submitted a proposal on ‘Feed and Fodder Production in Different Agro-climatic Zones and Utilization for Livestock of Odisha’ to F&ARD’s Directorate of Animal Husbandry and Veterinary Services (DAH&VS).

ILRI has been working in Odisha since 2013 in collaboration with Odisha University of Agriculture and Technology (OUAT), the Orissa State Cooperative Milk Producers’ Federation (OMFED) and the state government’s DAH&VS and F&ARD to improve the state’s livestock productivity through better use of crop residues and locally sourced feed supplements within the framework of the CGIAR Cereal Systems Initiatives for South Asia (CSISA).

An international workshop on Improving Livestock Feeding Practice and Enhancement of Feed and Fodder Availability in Odisha was organized jointly by the Society for Management of Information, Learning and Extension (SMILE) and ILRI in 2015.

Based on the workshop’s recommendations, Odisha’s F&ARD Department is recommending the preparation of a comprehensive fodder development plan for Odisha.

View all the photographs taken in Odisha in this ILRI Flickr album.

Learn more about the ILRI–CSISA project.

ILRI scientist Braja Swain led the ILRI livestock work for the CSISA project in Odisha. Pradeep Sahoo, an agricultural economist and university lecturer from Odisha, spent two years working on the ILRI–CSISA project in this state. Jules Mateo (based in Manila) and Susan MacMillan (Nairobi) are part of ILRI’s Communications and Knowledge Management team.

2 thoughts on “Odisha Odyssey: A look at the emerging commercial dairy value chains in eastern India”